What a great story about love and life and overcoming obstacles. I think this story shows, that sometimes you need your partner as much as your partner needs you. Not at the same time sometimes, but for a relationship to be real, both will be there for each other when needed. Thank you so much, Diana from Mommyx4boys, for sharing your story!
“My husband and I have overcome so many obstacles in our life together, that I know without a doubt we are just meant to be with one another.
When we first met, we were both hanging around a lot of trashy people, who did a lot of trashy things Anyway, Darrell asked me to go to dinner with him, which was the first time anyone had ever asked me to go out with them in an appropriate way. I had been asked hey you wanna go get drunk? But never asked to go out for dinner. So I was impressed just by that alone. Everything was going great, and he made me laugh more than anyone I had ever met.
About 2 weeks after we started dating, he used coke at a party we went to, and that’s when I found out he was addicted to cocaine and that he had just gotten out of rehab.
I told him we could still be friends but that I could not be with someone who did drugs. We had a long conversation about how rehab had told him, he would continue to lose everything if he kept using. He said that now he knows they are right and he promised he would never use again.
That was 13 years ago and he has been clean ever since. Now I was already an alcoholic when we met. I had even completed AA but i didn’t really think I had a problem. I just thought I was young and liked to party. I was wrong.
Years later I started getting ovarian cysts, which are really painful, so my doctor started giving me pain killers. Things got bad… I got to the point where I was constantly going to the ER or a different doctor, and when they stopped giving them to me I started buying them off the street. Fast forward a few more years and Darrell was the one helping me overcome my addictions to alcohol and pain killers.
Now what are the odds? I mean, Darrell met me, someone who was against drugs, in a place filled with drug addicts. That alone is a miracle. If he hadn’t, who knows where he might have ended up.
If I had looked at him that night and said no big deal, it’s okay, would he have stopped using? God knew, that Darrell needed me back then, and that I would need him later on. We have both had moments, where we felt like giving up, but we never wanted to give up at the same time, and we have pulled each other back from the darkest places, that most never come out of.
He makes me a better person, as I do him. Yes, we have had some pretty terrible times in our relationship, but we fought for us and refused to quit. My marriage is one of the things I am most proud of, only coming second to our children. 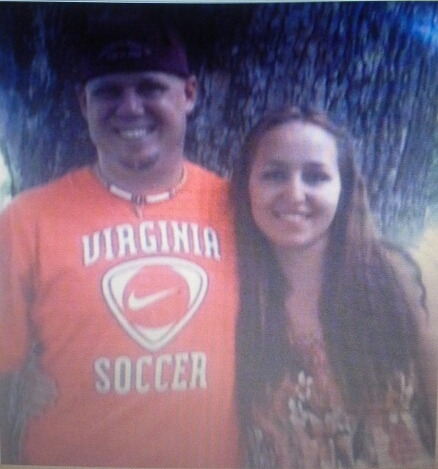 I am now clean and sober for 3 1/2 years and Darrell for 13 years. And we are so happy, and so much more in love than ever before. We are both incredibly thankful to have found each other. We beat the odds, and I thank God every day for bringing us together.”