I’m totally used to all the questions people ask re homeschooling and also to some of their reactions. Some still irk me, some I just brush off.

As it’s been a couple of days since I’ve read it and I wasn’t able to find the post and the comment at the moment. I would have loved to link it here. Anyway. The comment was basically like this:

“Homeschooling is a bad idea and every parent who home-schools should be punished. What you do to your children is bad. They end up being totally weird or better awkward and they clearly lack of knowledge. Those poor kids only learn one way and never get any other influence but their parents’. Often the time is wasted doing crafts and learning songs. They will end up being one-dimensional as they will never have another influence. I’m certain they will all end up being weird and uneducated adults. There is nothing those kids can gain from being home-schooled. I’ve seen it first handed with my neighbor’s kids.”

I’m not saying that there are bad examples of home-schooled kids out there. There are probably a few. But then you also never judge the schooling system on one, two or three kids, right? How can you be so negative about something you obviously have no clue about, just because of that one example which might be a bad one? It’s as if I would say sending your children to school is bad because there will be a mean bully and the teacher will teach them all the wrong values and in the end the child sent to school will be totally messed up and aggressive and no longer listening to you.

So why would someone say something like this? How about just saying “In my opinion and after seeing my neighbor’s kids, I would not suggest homeschooling to you”?

History taught us, right? Riding a bus as a black person used to be not normal and was criticized. How stupid was that? Women working or voting was unimaginable. Say what? Gay marriage? How dare gay people want to have the same rights… even more stupid! If parents decide, for whatever reason, to home-school their kids it’s not normal at the moment. And that’s why it gets criticized.

Apartheid (Afrikaans pronunciation: [ɐˈpartɦɛit]; an Afrikaans word meaning “the state of being apart”, literally “apart-hood”) was a system of racial segregation in South Africa enforced through legislation by the National Party (NP), the governing party from 1948 to 1994. 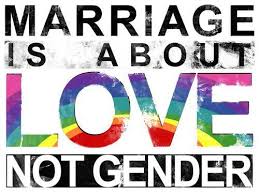 The world keeps turning though and I’m sure happy to have my potentially awkward kids and “uneducated” future adults around me. I’m sure happy that I have the option to see them learn and grow up and do things together. I’m sure happy that we can teach them things that would not be on the curriculum yet, just because they ask to learn something their interested in.

Yes, we waste time teaching them little things, that in the end probably wont matter. Like different languages, astronomy and history (further than they would go in school at the moment). Oh well and yes, we do crafts too. And I know it’s over rated and probably a waste of time because who really likes to look at Van Gogh’s art and Picasso’s or Klimt, right? If we could travel back in time we should just tell them that painting those master pieces is a waste of time… Just needed a moment of sarcasm… 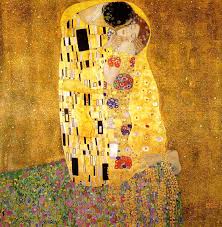 People! Just stop judging! Have your opinion. Please do! Otherwise it would be boring too. I really have no issue with this! But keep an open mind and if you want to say something about it, maybe educate yourself or keep it more open. I tend to think that we live in a fairly open minded world. Where thankfully white, yellow, black and if there would be even green people have the same rights (fighting long enough for it…). Where finally homosexual people can openly be together without being judged (Getting there, right?), where they can finally get married too (we are slowly getting there…). A world women can vote and can kind of work the same jobs like men for kind of the same salary (I know… I know… but we are working on it…). We can color our hair the way we want to (Ha! That we actually can do!). If I color it pink, it might not be the color you like but hey, it’s my decision. If you choose green, it would definitely not be the color I would choose but hey, it’s your decision and you are not hurting anybody by doing so.

School is great. Homeschooling is great too. Like everywhere there are things done right and things done wrong on both side. In the end it all comes down to one thing: Nobody gets hurt. And as a parent I can tell you, that the one thing I want for my children is for them to have the best education they can get. So I will put everything into making sure that they get it. The pressure is all on us as parents. If we f*** up, we are responsible. No blaming teachers, no blaming schools, no blaming systems. Maybe that’s something to consider too for someone like this lady.