Yes, me too… I will write about it too. And simply because I really have to say something about it, as so many of you did too. It’s not just because there is no way to escape posts (check one of them out here, please), articles or discussions on TV about Caitlyn Jenner. It’s all over the news and the gossip media. I’ve read a few but for sure not all of them. Her journey was always of interest to me, not because of all the crap the Kardashians do on TV.

I have a friend who is transgender. And her journey was far from easy.

“Will it bring Bruce Jenner the happiness he is looking for?” Was a question in one of the posts I’ve read. A question that is not easy to answer as we’re all chasing after this happiness and sometimes we struggle to find it. For transgender people though it’s a entirely different story. As suzie81speaks says adequately, it’s about being yourself. It’s about being who you feel you are. Now for us that is already difficult enough. But for someone who feels trapped in the wrong body… Mind boggling! I can only imagine how frustrating it must feel. The pain you have to endure and the knock backs you face every day.

I bet we all have issues with our bodies, parts that we’re not really happy with. But we feel comfortable with who we are in regards to our gender. Now these people don’t. They suffer. Being trapped in a man’s body but being a woman on the inside and the other way around must feel terrible. And nobody understands. At least not for a long time. Those people go through so much already as kids and then they get pushed into their corner and labeled homosexual although they might not be.

Will the transformation into the gender you feel you are bring you happiness? I bet it will! It’s like setting someone free, opening that cage they were trapped in for all their life. 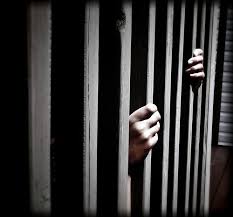 In my friends case, let’s call her G, she struggled being a man through her entire childhood, puberty and early adulthood. She got married and had children, always feeling bad about herself, about being a man. G says she always knew that she was a woman trapped in a man’s body. For a long time though there was nothing she could do about it rather than dressing in women’s cloths, what G refused to do, as “it would have only been a masquerade”.

I don’t remember when G found out that it was possible and got the guts to do it. it took her a while to really consider it. So many strings attached to something that should be easy for someone who truly feels like having the wrong sex. What will everyone think? Family? Partner? Workplace? Children, if there are any? What will the children face, if you change your gender? How will they handle it. What will it do to your life? And maybe even the question: Do I really want to?

Don’t forget: In a case like G’s you lived a awfully long time as a man. You were told off by your parents when you dressed as a girl, you were probably more than once told that it’s only a phase and that you will grow out of it…

I believe she was already divorced and together with her second wife. G told me that she was always open to her second wife about her struggles as it had cost her the first marriage. She didn’t want to lose the new found love too. G got all the support she needed from her new partner, although it wasn’t easy for her either. Just imagine you fall in love with a man who then tells you that he wants to be a woman… Not easy, right?

After many long conversations and a lot of tests G finally made the big step and transformed her body in what it was always meant to be for her: The body of a woman. A long journey and definitely not an easy one.

Any regrets? G says that her only regrets are not doing it earlier. With a smile on her face she would add to this question “And having wasted time with people claiming to be friends with you only to drop you like a hot potato when you suddenly turn up with a sexier cleavage than their wife’s…”

Does it make her a happier person? Yes indeed. She has arrived. Are there still obstacles? Yes. Before G became a woman her partner asked her to grant her the wish of having a baby and so they are parents of a beautiful girl who’s my daughter’s age. As in so many cases, the struggles are no longer inside but come from the outside. From people around them. The looks of strangers, the whispers of people when they see them and hear G’s low voice.

People they used to see frequently and now suddenly avoid them. So called friends, who don’t want anything to do with them anymore, as the relationship seems weird to them. Why? Just because there are now two women living together with their child where before it was a man and a woman. My friends partner now gets labeled a lesbian by people she used to call friends. And their daughter will eventually have to deal with questions because she still calls her “Dad” instead of “Mom” as well.

What surprises me is how people can turn away from someone they called a friend because of something as shallow as the appearance. For me it’s simple: You either like a person or you don’t. You are either a friend or you are not. It does not matter how that person looks. What counts is the inside. But apparently it’s not the case for some. How very sad.

As they both say: “The good thing is that it filters out the bad from the good. You might lose friends but in a way you don’t really lose them. They were never truly friends. You lose some but you gain others. And there are the ones that were always there and will always be.”

I want to end this post with something my friends wife said to me:

“Yes, I struggled with the idea that R suddenly wanted to become G. I struggled with the fact that I would suddenly live with a woman rather than with a man. And of course I struggled with suddenly being called a lesbian. Because I’m not. My thinking, my body, everything is wired to be heterosexual and still now I’m no longer. But I fell in love with the person R and if R is not happy being R but rather being G, then that’s how it is. Yes, I did fall in love with a man. But now this man is a woman. And that’s who I love. I rather live with the person I love with all my heart than leaving that person just because the gender changes. The body might have changed but it’s still the same person I have conversations with. Her values are still the same, the jokes are still the same, the way she picks me up are still the same. The love I feel is still the same. The soul inside the man I met and the woman I live my life with is the same. And I would never give up this beautiful person. For nothing in this world.”

18 thoughts on “Does It Bring You Happiness?”