Social Media has its good sides too as this story shows. When I had it in my inbox today and read it, it immediately made me smile a happy smile. Thank you so much, Holes In My Socks, for sharing this great love story. 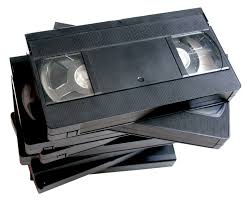 It was the summer of ’97. I was a cocky spikey-haired teenager who found many ways to get in trouble..and it usually involved girls. I woke up after a long night of party-hopping. I checked my pager, two messages. I did not want to do anything that day, I was exhausted and preferred the gentle hum of my video game system to pass the time. I checked the message.

“Hey man, it’s Terry. What are you doing? Hang out a bit. Just running errands. Call me back.”

I did not call back. I was tired and it would take at least an hour to get ready to go out. Back then, my hair was my life. I spent most of my minimum wage paycheck on hair products to make it spikey, shiny, and extremely hard. This process included gel, mousse, AND hair spray. I feel personally responsible for the holes in the ozone layer. That probably explains why I went bald at the tender age of 24. But, enough about my hair.

I turned on my Super Nintendo and felt my stomach grumble. I got up to go to the fridge and saw nothing that I could eat. My phone rang.

“I’m tired man. Trying to find something to eat.”

I tried to object, but he had already hung up…and besides I was going to get free food now. I couldn’t say no to that.

A half hour later, I was in his car on the way to Hollywood Video. Terry had some VHS tapes he needed to return. I walked in with him and he looked to the left of the counter and smiled at a female who worked there. I grabbed a box of Sour Patch Kids from the candy aisle and walked to the counter to find Terry. And that’s where I saw her.

She was beautiful. Her smile captured my attention. I had to know her…and apparently Terry already knew her.

“Hey, Anna. How are things going?”

“Good…same old stuff. What are you doing? Just returning videos?”

I stood next to Terry, trying to coax him into introducing me to this Hollywood Video hottie.

I threw up a peace sign and said, “what’s up..” It was a sad attempt to look cool. She simply replied, “hi.” And didn’t even look in my direction. I was not used to that. She wouldn’t even look at me.
We drove off to run the rest of Terry’s errands but I could not stop thinking about Anna. My mind raced.

Terry dropped me off later that day and I thought about how I could get to know her. So, the next day, I decided I was going to go back to Hollywood Video and talk to her. I pulled up to the parking lot and could  see her through the window. I walked in and acted like I was looking for a video to rent. I was nervous. I never really had a problem talking to girls, but she was different. After pacing around the comedy section for 15 minutes I walked up to her.

And that was it…I was speechless. She just stood there and stared at me. I needed to say…something….this silence is killing me. I looked at a sign next to her that said, “now hiring.”

“Can I get an application?”

She handed me one and walked off to help a customer. I failed miserably. I grabbed the application and drove back home. Well, that didn’t work, what now?

I know! I will fill out this application, and get this job…and she will definitely have to talk to me. I filled it out and dropped it off the same day.

A few days later, I received a call for an interview. And found out a week later, that I was a brand new Hollywood Video employee. I was excited for my first day. I imagined spending hours with Anna talking about movies.

I walked in and hoped I would be working with Anna that day. My new manager introduced herself to me.

“Hi Dan, welcome to the team! We are so glad we were able to hire people…especially with one of our employees put in their two week notice last week.”

“No problem, it’s gonna be fun. Who put in their two week notice?”

My mouth dropped. The very reason why I applied for this job was to get to know her. And now I find out, that I was hired to replace her. I got a job….for nothing. I don’t want to work here. And now I am stuck at an Anna-less job.

But, I didn’t give up. I found out that my co-workers were friends with her…and hung out occasionally. They invited me one night…and I had my chance. And getting to know her was awesome, she was beautiful inside and out. We became good friends and eventually dated. But I was scared, I was falling for her and I was afraid of commitment. After a few months, I broke up with her. I told her that college was starting and I would be moving. She was heart-broken.

Seven years later, I saw her picture on a social media site. I felt the need to contact her and apologize for what I had done as a teenager. I messaged her through the social media site and expected the worst. I expected an angry reply…filled with bad words…or maybe worse, what if she didn’t reply at all. I didn’t deserve anything from her. A few days later, she replied.

“Hey Dan! Oh my gosh. How are you doing? You don’t have to apologize…we were young…and stupid.”

4 thoughts on “Your Stories – Love Surrounded By VHS Tapes And Late Fees! By Holes In My Socks”