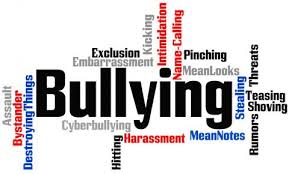 There are stories out there that just make me feel bad. I read them over and over again and can’t believe what people are capable of doing. There are things I can simply not understand. Bullying is one of them. And it starts with the so called little things. A little push here, a little slap there, some tripping and maybe some little teasing. But the little things add up. And often it doesn’t stop there. The lack of empathy some kids and also some so called grown-ups show is simply incredible. Just like in this case.

I wonder how you can be able to push someone so far to actually try to commit suicide. Someone as young as this girl. And for what? Just because she doesn’t look the way they want her to look like? Or maybe because she doesn’t play the games they like to play, listens to the music they listen to, watches the movies they watch? Maybe it’s because she is too smart or not smart enough, too pretty or not pretty enough. Beauty lies in the eyes of the beholder, right? So does everything else. People who bully will always find a reason to bully someone. They will always find a victim and they will most probably not let go of their victim until it doesn’t move anymore. Just like one of the fight dogs…

What’s the problem with our society nowadays? Did we become such heartless people that we are willing to push and push and push and hurt and scar someone to the point of no return? Is life too easy so we need a little “challenge” in destroying others?

And I don’t understand how parents can watch.

Watch how their kids destroy someone else. Watch how they bitch and sabotage and hurt and keep going over and over again. You might say that the parents don’t get it. That they are not aware of what’s going on. Another sad fact, right? Obviously we are so detached from our kids that we have no clue what’s happening.

Did times change that massively? Or has this always been around?

I’ve spent so many hours trying to figure out what I think of bullies. I’ve written about it before (see here and also here) Do I feel sorry for them because most of them have been victims too and just pass it on to the next one? Or can I simply not find an excuse for such behavior. Honestly, as much as I want to say it’s inexcusable I still think about it.

As with everything there’s always black and white. In this case I believe there’s the bully who bullies because of simply not knowing how to deal with a situation other than with putting others down, belittle others. It’s the bully who’s a victim too. But then there’s the psycho as well. The person who just enjoys. Dangerous… The person you definitely never want to mix with.

I wish there would be an easy solution. A solution that guarantees that kids like the little girl in the story won’t be pushed to the point where they actually try to take their lives. I think we’ve seen enough in this world. Enough bullying, enough war, enough killing, enough torture and misery.