I had a fantastic chat with the owner of the Yoga Studio we use. She is such an inspiring person with a lot of knowledge on many levels. I don’t remember how it all started but we ended up talking about how certain food types, especially herbs and spices can actually improve your health or even heal certain issues.

It was amazing to hear what kind of impact spices like chilly, turmeric, ginger, garlic, cinnamon and cayenne pepper can have on your well being. I would go out on a limb if I’d try to repeat all of what she told us in those couple of minutes but inflammation, skin issues, digestion issues can all be treated to a certain point by simply adding those spices to your diet.

Now critics might claim that it all’s kind of BS but to be honest, I rather try to treat minor issues with spices (as I like all of them anyway) than with chemicals. And I’ve experienced the impact of turmeric myself a couple of years ago when I decided to stop swallowing drugs for a shoulder injury and add turmeric to my diet instead. The shoulder healed in only a couple of days. Some might say that it would have happened anyway but I don’t believe that. I truly think that the turmeric made a difference.

As I said, I’m simply (unfortunately) not able to repeat what she told us and I wouldn’t want to try as I don’t want to make mistakes. What it triggered in me as well are all the memories from how things were treated when I was a child.

I remember how my mom wrapped towels around our legs when we had fever. Towels soaked in water and with onions in them. That would lower the fever.

I remember how we ate parsley to ease stomach aches and sometimes even drank some kind of parsley tea. Chamomile was used for stomach issues but also for bruises together with Calendula. This was also used for sprained ankles and sport injuries in general.

I remember how we added a little bit of Echinacea to water to boost our immune system before the cold and flu season started or when we got sick.

I remember how my mom told us about the benefits of adding garlic to your diet.

I know there were many more situation where nowadays you head to the pharmacy but back then it was treated with a spice, a herb or some other sort of home remedy. What the owner of the Yoga Studio said makes total sense: People were used to a specific diet because it was what they could grow and eat where they lived. Nowadays we are everywhere and not necessarily where we really belong. By doing that we eat differently than what we’re supposed to which affects us.

I remembered what the dad of a girl said my daughter met on our last trip about the Inuit. He is a dentist paid by the government who spends months up there to take care of the teeth of the Inuits. While the old generation still chews on the dried and semi frozen meet or fish or whatever it is, the younger generation are eating the typical Western junk food with horrific results. While their elderly don’t really have to look after their teeth because they’re just okay due to the diet that suits them, kids as young as 3 years old have permanent massive damage to their teeth. And probably also to their health.

In a way the luxury of having everything at anytime from everywhere is not really a blessing. It’s more like a curse. Europeans eat differently than Asians, South Americans, Latin Americans, Africans and so on. And in Europe it was a massive difference between southern European and Northern and Eastern and Western European. And it suited. What they ate was the fuel their body needed.

Everything seems to become generalized and in doing so we lose the benefits of those little ingredients like spices and herbs. Also they are mostly no longer grown in your backyard but somewhere in a greenhouse. 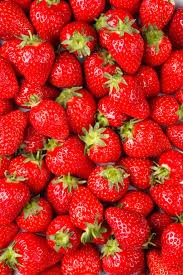 Fruits and vegetables that were only available during a specific time of the year are now in stores every day. You might pay a bit more but you can buy everything at any given time. I remember how oranges, mandarins were the typical winter fruits. How we were looking forward to those juice and sweet summer strawberries or then in fall the delicious mushrooms.

As easy as it is to have access to everything at anytime it also makes it less special.

I really would like to continue the chat with her about all those things one day. There is so much to add and discuss. So much food for thoughts. And I wonder as well what your take on it is or your experience?

34 thoughts on “Spice Up Your Life”