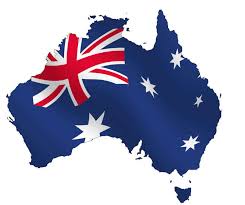 I’m not big in politics. Actually I keep myself away from political discussions as much as possible. In fact, I was really happy that over the last couple of years living in this beautiful country I did not have to vote. But that changed the moment we became citizens. As Australian Citizen you have to vote. And I mean HAVE TO. It’s actually a good thing, you know, as they give you the chance to decide on who you want to run this country. Kind of.

Kind of because the political scene is really interesting. As I said, I don’t really understand it and therefor I will not go into details. Let me just tell you that much: Yesterday we had a so called spill. Again… And today we have a new Prime Minister. He is actually the 4th Prime Minister in 28 months… Yup…

I’m not sad that Tony Abbott is no longer leading this country. To be honest (maybe I might lose some followers or readers now…) I’m glad he is gone. He was an anti-environmentalist, wanted to use the Great Barrier Reef for dumping mining sludge and so many more things. And so many stupid things he said (I know, right??? I can’t believe it either, but he ACTUALLY said all of that!!!)…  I was wondering many times how he could make it and I found it actually really inspiring that someone with his attitude and general knowledge could actually make it all the way to become Prime Minister. Gives hope to many out there… Anyway, he’s gone, dumped by his own party… We have a new leader and time will tell how good he is.

If he actually gets some time to do stuff. Four Prime Ministers in 28 months doesn’t really allow you to focus working on something. In theory that would be 7 months per Prime Minister. Or let me put it that way. Tony actually got just under 24 months out of the 28, maybe 22. That leaves 6 to the other 2 before him… Australia, what are you thinking?

Oh wait! Maybe Australia is actually thinking ‘Spill’! We (yes, now I include myself as I have to vote soon too) vote for the people we want to represent us. A government is chosen according to our voting. And then it all gets thrown around in no time. Democracy? Really?

As I said: In this case I’m actually really glad he is gone. But then I ask myself how much you can rely on your vote and on the candidate you trust in. Chances are that this person will be gone in no time and replaced by someone you might have never wanted to give your vote to. How can things be done and moved forward if a government is replaced on such a regular base? It not only affects the Prime Minister but the entire group… well besides Julie Bishop, I guess, who seems to be the only stable figure in the entire movement…

Interesting system, I have to say. Strayya, you’ve done it again. You’ve surprised me over an over in the last almost 10 years of living here and I’m pretty sure it won’t be the last time.