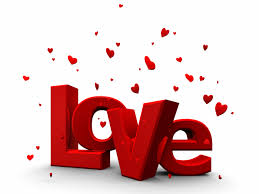 I love a good love story. Not only in books and movies but in real life. When we meet couples we might only get to know who they are now and how they are together. Maybe we will never hear their story. The story how they found each other. So here is another amazing love story from one of my readers. Thank you so much, Trina from Itsgoodtobecrazysometimes, for sharing your story with me.
Its the 30 September 2010 and I had just finished a  long shift. I was 27, single, after nearly 10 years in relationship, which involved 2 long term relationships (one ending in marriage and divorce) and enjoying myself.
I put a cheeky status on Facebook, “does anyone want to take me out for a drink?”
D replied. I had been at school with him starting at age 11 (he was 2 years old) we lost contact about 4 years later, when I left school. Even then I had a crush on him, we had reconnected on Facebook, he was now single after splitting from his wife and they were working through the custody of their 18 month old son.
He said I would love to, but you are not in the same town. It was a quick 5 minute train ride. So I thought sod it, and convinced him to come out. We got steaming drunk, probably not the best way to start a relationship, but I ended up at his, it was a magical night.
In the morning he convinced me to call in sick from work and spend the day with him (he was on a day off) it was the first time in 8 years I had phoned in sick. We had an amazing day and he ended up spending the evening with me.
On our third day he turned around and said “The first night we met I knew I wanted to meet up again. The second night I knew I was in love with you and the third night I knew I would never leave you”
He proposed 2 months later using his late mother’s engagement ring. One child later (2 including his but I wasn’t around for that one) and five year at the end of this month we are still going, we have had ups and downs but our love is very strong, and although we spent the first few months very wrapped in each other, we learned that we also need our own time and to communicate.

4 thoughts on “Your Stories – Out For A Drink! By Trina”