Sex belongs to a relationship just as much as the discussion about what good sex is and how often you should be doing it in order to be a normal couple belongs to our society. Recently a still fairly young couple (age and relationship-wise) got to the point where they decided that there must be something wrong with them because they did not have sex for two weeks.

That’s what it said in the article I recently read. 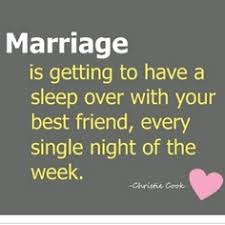 They made the decision to go all the way in order to save their relationship.

In order to do so, they decided to try sex toys and follow some advice given by all kind of specialists and they decided to do so for an entire year. During that time they did everything. They tried out multiple sex toys only to discover that “they were mainly meant for women and usually made you feel like being in bed with an electric toothbrush with the men downsized to being a tool holder” to “feeling most of the toys were more of a lust killer and enhancer” and that “after a while all of them got boring and ended up on a pile in the cupboard anyway”.  Their words, not mine…

They tried the advises they were given by other couples, tried all sort of natural remedies and also some pharma. They tried abstinence and scheduled sex. Everything in the book. And this is the conclusion they came to:

And here is how I see it:

I believe you need to ask yourself if the person you love, that is there for you in every situation in life, supports you and cares for you on so many levels really has to get you to your sexual high each and every time on any given day?

Is the problem actually not really the fact that you are not having sex every day but rather the fear that you are no longer attractive to your partner? Is the issue not the not having an orgasm every day but rather the fear of losing the person you are so madly and deeply in love with? Is the issue not actually the fear of not being good enough for him or her? So should we not rather work on that first?

I don’t know about you all, but I know for sure that if I’m worried that I’m not good enough then my head is spinning in overdrive and we all know that – at least for us girls – this can have a massive impact on our libido. It’s the vicious circle that leads to more issues. You initially want to solve something you see as a problem but by doing so all you create are more issues, more pressure. As an example: If a guy wants more experimental sex in his longtime relationship in order to be stimulated more again, that might create pressure for her. If she feels under pressure the sex is most likely not improving but rather getting worse or less. Or if a woman constantly tells her partner where and how and when she wants to be touched and how many candles need to be lit in the room and so on, and that she will only get in the mood if he does exactly what she told him to do otherwise there will be no playing around at all, it creates pressure too!

That of course doesn’t meant that you are not supposed to vocalize your fantasies. Just make sure you talk about it and it’s done in a way that doesn’t create more issues.

I think that one of the main reasons why we might think our sex is boring is, that we constantly compare us to others. Even to things that are only made up: Movies, stories we hear and read. People who brag. Maybe couples that only just got together.

The point is: If you actually like the way you and your partner make love, but you constantly compare it to the outside, you will most likely discover a reason somewhere to label your sex unexciting or not frequent enough.

Great sex has not only to do with positions, toys, role-plays and frequency. There’s so much more to it! Sex in a relationship is not the same as one-night-stands or sex in an affair. Having great sex with a stranger is probably easier than having great sex over years and years with your partner. It’s a bit like the first kiss, isn’t it? The excitement of the new! But this excitement is only excitement as long as it is new, as long as it’s not familiar. I’m not saying it gets boring. But when it’s no longer new, you need to keep maintaining it, nursing it, polishing it, maintaining it. Looking after it! Because it’s your relationship it matters. And so you want to put the effort in. Because it’s your relationship it not only matters what you feel but what your partner feels too.

Sexuality in a relationship is not based on this excitement of the unknown. It’s based on deeper feelings a deeper understanding of each other. It’s based on love and time spent together. It’s also based on knowing your partner’s body and its reaction to your touch. The trick is now to not taking this for granted. The connection and intimacy, the rediscovering of each other and being able to share your thoughts are the key points, I believe.

When we start sharing our thoughts again we might as well discover something new. Something we’ve never heard before, something that we ourselves discovered about us over the time. And that might get us to see each other in a new and exciting light again. We might realize that, although we think we know each other inside out, there’s still something undiscovered hiding.

I think it’s safe to say that we all get to the point in our relationships where we miss the excitement we felt for each other in the early days. And that is okay. What we should never forget though, is that we actually gained so much more than that over time. Love, intimacy, friendship, trust, connection, a deep understanding of each other, a bond! I believe that if we become aware of what we have (and have gained) rather than focusing on what we don’t have anymore we will see everything in a different light again, also the physical side of it.

Time to rediscover ourselves… 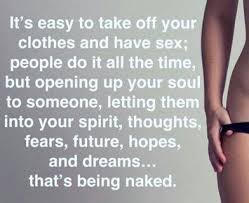