There are certain things on social media that make me shake my head. It’s when too much information is given. Not that sort of information like what they had for breakfast… more down the line that that the entire family is leaving for a couple of days (yes, the house is empty now), how annoying it is that the lock on one of the doors is not working (yes, the door can not be locked) or which school the kids go to (just head over there and pick them up)…

I might be extreme. But it just does stuff to me. It makes me shiver! I was not always like this. I admit I might have turned into an over-sharer too if not for my husband. I just saw one of those posts again on Facebook. A post of a friend of mine who already had people trying to get through the doggy door while her husband was away for work. And now the Facebook world knows again, that she will be on her own for a couple of days. Honestly, it’s kind of like sending an invitation out. But as I said: I’m probably totally extreme…

This following Blast From The Past might give you a little bit more insight in my thinking. In the end it’s up to everyone how much they want to share. But please consider others and don’t just share things about them if they don’t do… That goes for pictures of them or of their kids, information about their daily schedule and when they are not at home. Keep the stuff you post on social about you if you really want to put it all out. 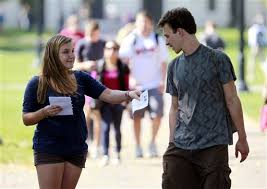 I have another question. What do you post on Facebook or any other social network? If you now say nothing, then you might as well stop reading. I would like to share some thoughts about social networks and the way we deal with them with the ones of you who are interested in it. 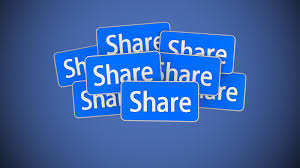 I’m not telling anybody what to do, what’s right or what’s wrong. All I want to do is provoke some thoughts.

I asked you a couple of lines further up if you would hand out a flyer with all kind of personal information to strangers on a busy street. Most of us would probably say no. And still we do. Facebook is in a way nothing else than a flyer with all kind of personal information handed out to people. Depending on how strict we keep our privacy settings those people are only close friends and family. But in some cases all those information is out in the open.

The moment you put something on Facebook (I’m only mentioning Facebook as it’s the one social network I know best) you lose control over who can see it. No matter how tight you keep your privacy settings. I know what I’m talking about as a friend of mine has shared posts of mine. And that’s where I lose control. You have no control whatsoever over your friends and families habits, no control over their privacy settings. That’s where it gets tricky.

Even if you only share pics of you children in a close kept group, those pictures might be passed on by them to their friends and who knows where else they might end up. Do you know how easy it is to get your hands on a picture of someone on someones Facebook account? Pretty easy. The app I use on my mobile phone lets me save a photo and then I can basically do with it what I want. And I’m not a very tech savvy person.

I’m not going to tell you not to share anything anymore. I just want you to consider what doors you might open.

There is the example of someone I know who posted on FB that she can’t wait until they finally come in to fix the back window that doesn’t shut properly anymore. Then, a couple of days later, she posts about how bored she is, sitting at home all by herself… I’m a friend. I don’t have any bad intentions but what if someone with a nack for it picks up on it? Now he knows that there is a broken window and she’s all by herself. Invite here you are… 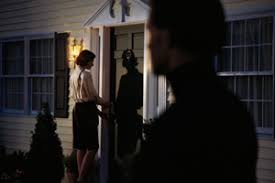 I have another friend who drives his wife crazy because he always posts when he is leaving overseas for work. Wife and children at home by themselves and he is miles away.

We tend to share things now on social media, we would have never ever put out there before this hype started. Maybe we would have mentioned to the neighbor about going away but for sure not the entire town (okay, in some cases it might have been ended up being the same…). We share things we would have not blurted out in public. We post pictures our best friends would have blushed. 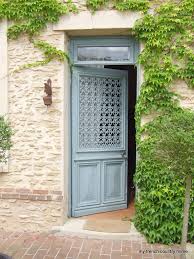 I just had to share these thoughts as they were provoked through comments on this post. The story might be far fetched. Maybe it’s not even true. But can you see how it could happen? I totally can. Have you heard of Madeleine McCann? The girl who went missing in 2007? I’m sure you have. One of the theories in her case is that it was a planned abduction as the parents had made bookings to the restaurant via the reception desk of the hotel and they also told the personnel that the kids would be in the room while they were out. So the possibilities that a couple of people worked together in this is huge. Now take the story from my previous post… You post a picture of your girl on holiday. A creep shares it with a pedophile who then orders the girl and now someone picks her up and she is half way around the world before police even gets there…

Does that sound paranoid? Maybe. But you know what: I’d rather be slightly paranoid than sorry… 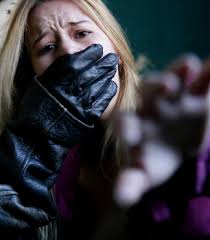 16 thoughts on “Blast From The Past – Oversharing”