Interesting how reports can get to you. How they can sink in and not let go of you. I wrote about my worries in regards to being able to protect my daughter, my kids. Then I wrote about the report I watched about the woman who has to allow her abusive ex to see their child. Again I’ve seen and I’ve heard numbers that are so hard to grasp. And it’s not letting me go. I think it’s good to remind ourselves of those shocking numbers every now and then. Just to stay alert. To make sure we do our best to protect ourselves but also and most importantly our children. Here are some numbers I dug up a little while ago and think might be good to be shared again.

Don’t be paranoid but don’t be careless either… 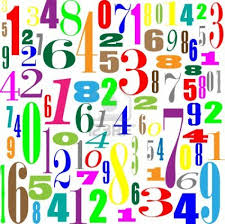 Every now and then, and more often than I would like to, I hear parents say ‘this little shit did this’ or ‘the little wimp did that’ or the ‘oh just toughen up you douche-bag!’. I don’t like to hear that. It hurts me! Now imagine how the child must feel. The child who hears those words out of the mouth of the mother or the dad. How belittling it must be. Now, is this abuse? Officially probably not. Words can hurt, right? And they can scar.

Now this post isn’t meant to be about this verbal approach (let’s just not call it abuse). Still, I wanted to mention, that there are so many more ways of abusing your children, of hurting them and leaving deep scars that might never heal. Abuse doesn’t have to be physical to throw a child of the path, to make it feel bad, unloved and hurt. So even if we don’t mean the words we say to be so harsh, they still might stick around for ever and they still might leave wounds. Wounds we probably never will be able to see.

As I feel children are more than worth protecting and to be looked after, I constantly struggle with the idea that someone in the right mind could actually physically hurt a child. I hope that people in the right mindset will struggle to understand how a baby or any other young child can possibly be beaten or raped. I struggle to understand rape in general but when it comes to sexual abuse of children it’s even worse. So this post is about physical abuse of children. To be precise, it’s about numbers related to physical abuse of children. Numbers that shocked me when I saw them.

Although I’ve stated months ago that I’m not the kind of person, who likes to do heaps of research, I started looking up those numbers. When I read My Thoughts On A Page’s post I honestly thought that those numbers must be a mistake. Until I looked up statistics after statistics after statistics… And frankly, it doesn’t make me feel good… It actually makes me feel sick, sad and in a way helpless. Here are only a few of those numbers (Source: http://arkofhopeforchildren.org/child-abuse/child-abuse-statistics-info. I decided to only link to this page, but feel free to google child abuse statistics and you will see…):

I wonder how long it took you to read this post… now imagine, how many kids got sexually abused in that short amount of time…

I automatically started thinking of all the kids in my kids’ activities, our kids friends and so on. So can it really be that there are a couple of them, who have to go through this ordeal? I looked up the numbers for Australia and they aren’t any better…

My daughter plays soccer. There are 10 girls in her team. So statistically 3 of this team will at any stage be sexually abused before they turn 17…

Imagine how those victims must feel… Especially considering the next point…

Family… Friends… Neighbors… Makes me feel even worse. Now in my ‘Never Talk To Strangers’ post it’s all about strangers. In a way you feel under control as you can teach your child the stranger danger idea. But in this case? How to explain to them that people we know, we might like, might be dangerous. How? Without making them feel awkward? Without destroying the trust? And how can you still trust in your surrounding when you see numbers like that? Kind of makes you feel paranoid…

I don’t even want to look at my watch anymore…

Those are only the ones that got reported…

What kind of world are we living in?

And then? Will they get out of it? Or will they end up in a abusive relationship or on the street? What are the chances? I guess at one point you would probably just feel worthless. What will that do to you and your future?

How bad does it have to be to know this person. To have memories… maybe there are still some good ones from before. Maybe it’s someone the community thinks really highly of, someone everyone likes and respects. Maybe it’s someone you trusted blindly. And now? Sickening! And what are the chances that people believe you? How very alone would you feel?

And yet, we always talk of women when talking about rape…

The only fact that doesn’t surprise me… unfortunately…

So here is the fact: Most of the kids we see every day will statistically be victims of sexual abuse at one point in their lives. And most of them will not be raped or molested by a stranger but by a person they know, which includes family, friends, neighbors and older kids. People you would think they should be able to trust. People that you would think should protect them. I know it doesn’t seem like it, but it makes me speechless. Stranger danger? Maybe! After reading this I would highly suggest to add a general abuse awareness talk with your children to your plan as strangers don’t seem to be the biggest threat anymore…

Childhood should be carefree, playing in the sun; not living a nightmare in the darkness of the soul. – Dave Pelzer, A Child Called “It”

For all of you survivors: You are so strong! It was never your fault! You deserve a good and happy life!

18 thoughts on “Blast From The Past – Schocking Numbers”