A little while ago I read this beautiful love letter (what else could you possibly call it) on Dream Big, Dream Often. I couldn’t help but ask Danny if he would share his love story with me for ‘Couples’. Much to my delight he said yes and here, ladies and gentlemen, is the love story of one of my favorite bloggers out there and his beautiful wife.

I love a good love story, so if you have one to tell, please don’t be shy. Send it to me (amommasview@gmail.com) so I can share it with my readers on this blog. There are many beautiful stories you can have a look at already listed in ‘Couples’. Just head over and enjoy reading them. But now, let’s find out how Danny met his beautiful Evelina…

I met my wife, Evelina, on March 8, 2011.  I had been out with a friend watching soccer that afternoon who had convinced me to play hooky from work.  After sitting and ingesting several margaritas he suggested we go meet up with another group of friends who were out celebrating Women’s Day.  I wasn’t overly excited about it but he informed me that there would be someone there that I would want to meet.

We arrived at a restaurant named Trio around 6:00 pm and began to chit chat with friends. I knew most everyone there so it took a little bit of time to move through the crowd, eventually finding myself near the front door with my friend and waiting impatiently to see if this girl made an appearance.  Several minutes later a young, beautiful, tall blond came through the front door and it just so happened that there was an alley way of people between her and I which gave me a perfect view.

It might sound cliché to say that the entire room stopped when she walked in, but it did.  It was if the lights from heaven were shining on her like a spotlight making sure I noticed. She was the most beautiful person I had ever seen.   She was tall and her high heels made her even taller than most of the men.  When I saw this I asked my friend who she was and that is when he informed me she is the girl he had told me about earlier.  It was fate.

We were introduced outside and talked for a few minutes and decided to join the rest of the group as they moved locations to a local hangout.  We sat that night and talked for quite some time and the conversation flowed so smoothly.   This was a Tuesday evening and she let me know she would be at a restaurant called Mickie and Mooch on Friday evening and if I wanted to drop by I was welcome.

From that night and for the next couple of weeks we would meet and talk, talk on the phone go for walks in the park.  We were becoming friends and falling in love.  Our first official date was on March 23, 2011 and we went to a movie she had wanted to see and then met friends for drinks afterward.  It was that night when-after a few beverages-I told Evelina that I was falling head-over-heels in love with her, that I was going to give her beautiful children and we would spend the rest of our lives together.  I told her not to react, that she would come around to my way of thinking in time.  I just knew she was the one-and she thought I was the crazy one!

One of our favorite places to spend time together was Freedom Park, a beautiful little park in Charlotte with a peaceful pond, ducks and a nature museum.  At the time, Evelina was in law school at Charlotte School of Law with classes in downtown.  I lived in downtown and worked in an area called Southpark.  Our paths crossed many afternoons at Freedom Park where we would meet en route to school and work and walk, talk, hold hands or lie on a blanket in the grass.  It was a magical place for us and still is.

It was at Freedom Park that Evelina finally admitted that I was right and she was in love with me also.  There is a bench under a small birch tree beside the pond where she confirmed her love.  I will always remember that moment.

We were engaged at Walt Disney World in June of 2012 and married March 23, 2013.  It is peculiar that we have the number 23 in our relationship and it happened by chance.  Our first date occurred on March 23.  We were engaged on June 23.  And we were married on March 23; the wedding date was originally planned earlier, but had to be rescheduled due to a conflict at our venue. 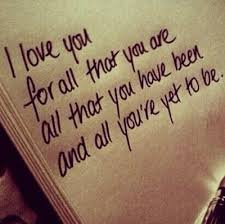 28 thoughts on “Your Stories – My Angel! By Danny”