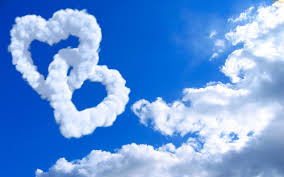 Nothing better than a real love story. I love to hear how people met and what made them fall in love with each other. I started my feature ‘Couples’ early on in my blogging journey and so far 50 stories have been shared. You can find them all here. Now let’s get to story number 51. It’s the story of Miriam and Doug. Please check out Miriam’s blog Out An’About. It’s a fantastic blog and thanks to her I discovered a nice little hike in our area. Thanks so much for sharing your story, Miriam. It’s a beautiful one. Life brings people together…

If you’d like to share your story with me just email (amommasview@gmail.com) it to me and I will put it up. Don’t forget to mention the link to your blog in your email…

We met on 9th March 1989. The first time I saw Doug he was asleep on a couch in his brother’s house in Sale.

But let’s backtrack. I finished high school in 1984 and was offered a place at University. It was a dream of mine to become a journalist and travel the world but by the time I finished Year 12 I’d had enough of study so I deferred. Instead I got a job at a local solicitors firm and at the end of the year I had to make a decision – go back to Uni and pursue my dream or continue in a job I’d grown to love. I had good friends, I was earning money and enjoying life. So I gave up the idea of becoming a journalist and continued working. It was a decision that would affect my entire life.

Years later, when I’d saved enough money, I took a three month break and traveled throughout Europe. When I returned I decided to move to Melbourne and so a new chapter began.

Fast forward to March 1989. I was back in Sale that weekend to visit my parents and decided to drop in on Stephen, a friend who I’d worked with at the law firm and who still owned a house there. He was fixing it up as the tenants had trashed it.

I didn’t know Stephen had a brother. I certainly didn’t know that I’d already done the conveyancing on his house when I worked at the law firm. A house I would one day live in. Doug was in Sale to help his brother renovate and paint, not that he was doing much work the first time I saw him. He looked comfy on that couch. It wasn’t love at first sight for me but I do remember thinking he looked kind of cute and innocent looking sprawled there, all fast asleep.

We made arrangements to meet up for dinner that night, myself and Jane, a close girlfriend plus Stephen and his brother, Doug, who had yet to meet me. I’m not sure what he thought of me but we hit it off straight away, and I loved his sparkling eyes, cheeky grin and humor from day one. By the end of the night we were laughing at each other’s jokes and I felt so comfortable with him, like I’d always known him. I remember him wheeling me down the deserted main street in a shopping trolley late that night. We’d all had a bit too much to drink and were pretty silly back then.

We exchanged phone numbers and I remember he wrote his number on a scrap piece of torn envelope which I kept in my bag for weeks. Back in Melbourne and more than a week later I hadn’t heard from him. The doubts surfaced. Had we really got along so well? Why hadn’t he called? Did I imagine everything? Maybe that was it and I wouldn’t see him again.

But I’m not one to just let things go. Finally I plucked up the courage to ring him. He swears to this day that he was going to ring me that very same night. Do I believe him? Yeah, I think I do. He’s honest to a tee. We talked on the phone and he invited me over to his house. And so it began.

On one of our early dates he took me out to a Chinese restaurant and I slopped Chinese food all over my cream top. I was clumsy back then too. It was hardly the way to impress a new guy but, like with all the things we did together, we laughed it off.

He started cooking me meals at home (he’s still a good cook today!) and slowly but surely our friendship and attraction took on a new life. Three months on and I was madly in love with him. I was living with my sister in Melbourne at the time and worked in the city. I can still remember skipping from the bus stop at night after work, so excited at the thought of seeing him.

When his place was broken into we decided to get a dog, Bluey, our first dog. Even though we chose him together it was Blue who lived with Doug first and he adored him. Whenever I came around to visit (which was often) Blue would stand in the middle of us, as though claiming “this is my man”. It took me a while but I won him over. And that was it. We became inseparable and the three of us went everywhere together.

This morning I went looking for a journal I knew I had from those days and flicking back through the years I found these words. Written on 24 June 1989. “Love makes you do crazy things … it’s a new emotion to me – this feeling of loving Doug. It’s all totally consuming, scary and wonderful at the same time. And to know that he feels it too – he said he loved me for the first time about a week ago, the words had such an impact. I don’t know what will happen in the future, how long we’ll be together but for the first time in my 23 years I know the feeling of being loved, wanted and protected – not a family love but a man’s love …”

He proposed to me on a rocky beach at Batemans’s Bay, coming back from a week away along the coast. We used to get away a lot back then, another of the things we had in common. A passion for travel we share to this day. We were married in December 1992 and our journey continues. My love of writing and travel never left me and although I never got my degree I pursued courses by correspondence and persisted in a freelance writing career which eventually paid off.

And here we are, nearly 24 years later, still happy, still best friends and most importantly, through all the ups and downs over the years, still laughing and deeply in love with each other. We have two beautiful children, a menagerie of animals, and I feel incredibly blessed to have him in my life.

Just as well I deferred that Journalism course or I never would have met him. And today, funnily enough, I’m doing what I always wanted to do – travel and write – with him by my side.

27 thoughts on “Your Stories – Living My Dream! By Miriam”