I grew up in a nice environment. My parents loved each other, we had a nice house, everything we wanted to have, always enough food on the table and a cozy bed to sleep in. We also lived in a safe country with good schools. Education was never something to worry about. It was just normal.

When something is normal you usually don’t appreciate it enough. It’s just there. We headed to school, spent the day there learning with new books and from supportive, motivated and good teachers. Well… most of the time. Some of them seemed to be over it. Looking back now, knowing what can go on in other parts of this world, it was a so called luxury problem. They were still all amazing and we for sure always walked away with more knowledge than we had before.

It’s not a given.

Today I know that education is not normal. Education actually is luxury. Luxury that not everyone has. Luxury that is not provided to everyone. This luxury sometimes has to do with money and being able to buy the books you need but it also has to do with people who are involved.

And this is the point that makes me sad and mad.

There are kids out there that are left behind. Left behind and uneducated because they are labeled unworthy. Somehow, somewhere someone made the decision that it’s not worth putting an effort into educating those kids, those people. Everyone gives up on them. And the circle of doom starts. The problem is that this circle will turn into a massive storm at one point.

I never lived in a poor country. I traveled them but never really lived there. In Switzerland there were no upper class schools or lower class schools. There were just public schools and, yes, some private schools for the very rich kids from foreign countries and a handful of Swiss children. But it was not a norm. The concept of “better” schools, “better” universities only occurred to me when I started watching movies and TV shows and realized that in other countries wealthier children went to “better” schools children of a lower income background. That was one of the moments I realized how blessed I was growing up in a country like mine.

Then I was confronted with it again when we moved to Australia. The private school system with its networking ideas and the clear discrepancy at least in number of students compared to the public schools appeared on my radar again. As good parents you start thinking about it. You start thinking about how on Earth you can possible manage to scratch the finances together to allow your child to go to a public school in order to have the best start in life ever.

We took that step back.

But it was kind of an easy one as we knew that if we decided on sending our children to public school they will go to a good school no matter what as we live in a good area. Other people are not as fortunate. They don’t have the luxury of deciding where their children go to school. For them it’s not a question where their kids get their education but rather if they get it at all.

I thought things like this don’t happen in Australia. Until I had a conversation with a teacher of a High School for… well, let’s call them “difficult” kids. A school for “difficult” kids. Just for them… Because hey, there must be clear groups, right? And do you know why those kids were labeled “difficult”? Because they came from an uneducated and poor background. So, because the background was poor and uneducated the kids automatically are too. It dawned to me that there is such a thing as a two class system. It dawned to me that there is an entire group of children that actually never really gets a chance to rise higher. Just because people don’t believe in them.

It was a shocking realization.

A child should have a chance. A chance to develop, a chance to learn and a chance to then take it further. Not every person is made to rise above and beyond, that is clear. But it should be up to the person to decide if they want to or try and not get there and not up to someone else who just locks a door. When I heard about The Believe Gap I could finally give it a name. It’s a very good name for a very sad issue. There are children out there that can not benefit of a proper education. Just because nobody believes that they are worth it.

Offering education is not a difficult thing. I know it because although not being a teacher I am a teacher. We decided to be teachers when we decided to homeschool our children. And it is an extremely wonderful experience. Yes, we buy books. But there is so much out there you can use to teach your children. And what I find makes the biggest difference is your attitude. If you have fun teaching and learning you will spread this little spark and it will catch fire. And I know that our kids will get the best education, even if we provide it as parents. Because they matter to us! Yes, we did not put them in a private school and, believe me, I hear often that it might be a big mistake. Not putting them in a school in general is often seen as a mistake. And I admit, sometimes I’m thrown off by remarks like this and I worry too. But then I see what happens in schools everywhere, even in good ones. I see how kids are left behind, even in good schools, in good areas, just because there are now so many children per class that it is shear impossible for one teacher to cater them all. 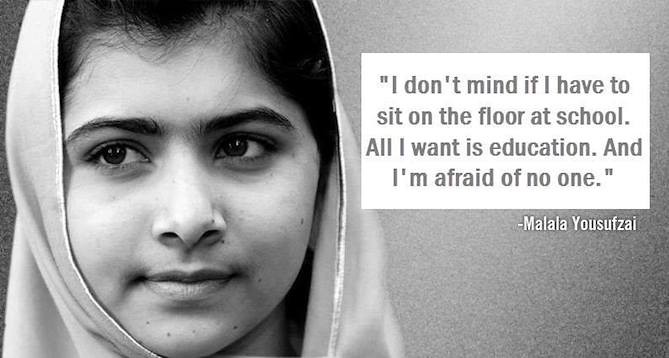 13 thoughts on “Who Will Go Further?”