Sometimes, when you work you can feel like sitting in a bubble, right? Everything around you happens and although you are smack bang in the middle of it you still are kind of not part of it. I had one of those being in the middle but feeling totally out of it on the weekend. Not in a bad way at all. Just more in a way of an observer. And it reminded me of a post I wrote. Although the post is about a complete different kind of bubble.

However, I hope you enjoy reading this Blast From The Past from about a year ago…

Many years ago I’ve had the opportunity to accompany two great man on a great cause. They were part of a project called the Clown Doctors. What they do in short is bring joy and laughter to sick children in hospitals. They brighten the day for the kids, their families and the nurses and doctors on duty.

It was an amazing experience to see how it all worked. To hear what was discussed at the short meeting between doctors, nurses and clowns. The input they gave about each and every child. The compassion and empathy that might not always be clearly seen when they treat the kids but was obviously there as they knew everything. They were aware about which child had a rough day, not just physically but also mentally or motivational.

What an experience to watch the Clown Doctors enter the room, while I was waiting outside. After all I was not really a part of them. They knew the kids and they wanted them to be able to decide if they wanted a “potentially helpless doctor in training” present. It’s how I was introduced to the kids.

Most of them were amazing although I was only wearing a red nose and a funny head with a white coat and didn’t crack any jokes. I felt part of their world. I could enjoy seeing them laugh and giggle and interact. I saw the gratitude in the parents eyes. I saw the smiles on the nurses faces. Those short couple of minutes the clowns spent with each child really brightened up their day.

You need to know that all of those kids were really sick. When we arrived one of the doctors had to inform the Clown Doctors that one girl had just passed away the day prior. It was a girl they knew well as they had spend many days in her room. Both of them needed a moment to let it sink in and to get back to being able to be funny with the kids who were still there.

When I left that day I had a mix of feelings inside of my heart and mind. I was sad. Sad to have seen so many really sick children. I was happy. Happy because I was part of a team that brought some joy to their day. I was confused. Confused because I really didn’t know how to deal with my emotions. The only thing I knew was how amazing this program is. And that lead me to support them and also make sure they got supported by many other people I’ve met on my way.

You probably wonder what this little story has to do with being inside of a bubble. With the question asked in this Daily Prompt:

“A contagious disease requires you to be put into quarantine for a whole month (don’t worry, you get well by the time you’re free to go!). How would you spend your time in isolation?”

When I was doing my rounds with the Clown Doctors the last stop was with a girl in an isolation tent. She had spent the last four weeks in it with the potential to have to stay in there for another couple of weeks as her immune system was really weak. No proper hugs from her parents, no touching, no kissing. She was only a shadow of a normal girl her age. And she was grumpy, frustrated and unhappy. It’s how the nurses and doctors described the situation. Apparently her mood was affecting her progress to a point where they all were worried. When the Clown Doctors asked her if it was okay for me to come in and “learn” from them she didn’t really mind. She didn’t care actually. And not in a good way. She simply didn’t care anymore. The Clown Doctors cracked jokes, made balloon animals did some tricks. And there was nothing. No smile, no sparkling in her eyes, no brightening up her day. I was wondering what they would do next. I was wondering which trick or joke they would use next. And then one of the guys sat down and just started talking to the girl. It was a serious talk. The other Clown Doctor got me a chair and we both sat down as well. We listened as our “colleague” had a serious conversation with her. A conversation about her fears, her worries for herself and for her family. We listened how she explained to him where her frustration was coming from and how exhausted she felt about trying to keep going. All she wanted was being able to hug and kiss her parents and to be hugged and kissed. Without the bubble between them. It was a talk nobody ever had with her. The doctors kept it to informing her and the family about her current state. The nurses sort of went there but not all the way as it was something they thought the parents would discuss with her. And the parents… well, the parents were too afraid to name certain worries as they didn’t want to be negative. They were avoiding these kind of conversations. And the little girl… The little girl didn’t want to worry her parents. And she felt alone. Alone in her bubble. With nobody to hug or kiss really. Without knowing for how long she had to be in there, if she would ever get out again.

It was this honest conversation between this Clown Doctor and the little girl that eventually brought a smile on her face. Someone who listened, who asked the question she wanted to answer. Someone who talked about the things nobody really wanted to talk about at this stage. When we left she giggled and actually cracked a joke.

Those Clown Doctors are not just Clowns. They are so much more. It’s something I understood that day. They cared. They not only cared about making the kids laugh but making them feel good. And they cared to listen, to understand and to make that additional step to give that one child what it really needed.

Every since then I wonder who isolated you must feel when you have to spend time in such a bubble. I know for sure that it would scare me. It would definitely scare me. I would also feel isolated, of course and maybe even displayed in a way. It would make me feel dependent. But for sure most of all scared.

Especially if you have no clue for how long you are stuck in there.

I’m not sure what I would do. I’d try not to go crazy. Not to lose hope and joy. I would probably try to write as much as possible, read books and watch my favorite TV Shows. But there’s only that much of all of this you can do. I don’t know what else I would do that would keep me from thinking about the situation too much.

But what I do know is what I would be missing. 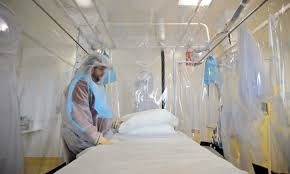 Inspired by the Daily Post Daily Prompt – Inside The Bubble

4 thoughts on “Blast From The Past – Inside The Bubble”