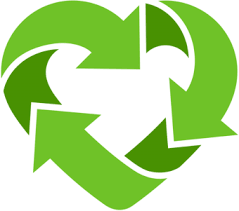 You have seen it. My Blast From The Past posts. And maybe you have wondered if I’m struggling coming up with things to write about. Honestly, sometimes it is the case and it is a good way to make a bridge to the point where you feel you have inspiration again. Sometimes it even triggers an additional post because you feel you need to go deeper into a thought only just slightly touched in the original post.

Often though, I think about something and remember that I wrote about the same thing before. Instead of repeating myself I look up the post and share additional thoughts in the intro to the post shared as a Blast From The Past. I could probably easily put it up as an entirely new post but it would feel strange to me, knowing that in the essence I only just repeat myself.

Reblogging those older post has another reason as well. Jason, or OM, who blogs on HarsH ReaLiTy and shares valuable blogging tips on a regular base, once mentioned that every now and then it’s good to put the spotlight on older posts. Bring them back to life if you want so. I took it on board as it does make sense for me.

Our blogs evolve. The group of followers grows and therefor some of the older posts will be new to a couple of them. Honestly: How far back do you go looking up posts if you have discovered a new blog? I don’t go back too far. I check out a “most read” or the last many 2 weeks but that’s about it. So you might miss out on a post that was really good and it will disappear into the abyss of millions of posts once read, liked but then forgotten. I think in some cases it is worth bringing them back.

Sometimes you might find, that you have changed your opinion and that rewriting a post you’ve put up a while go is appropriate. I’ve done that recently as I strongly felt I needed to put some things straight. It was more for me than for everyone else to be honest. But when it was up, it felt good. Almost like an apology.

I think there’s nothing wrong with “recycling” an older post of yours. When I first started thinking about putting up one of these Blasts From The Past I wanted to only put up the most read ones of certain months. But then I thought that maybe a post didn’t get a high number of likes, views or comments because it was not a good post. Maybe it was simply because the timing was not good. I’m surprised on the feedback I get on some of my “recycled” posts compared to the original one. Sometimes it’s more likes or comments, often it’s different angles to see the message in my post compared to the first time it was up as there are different people reading it. And sometimes it’s additional and maybe different thoughts from readers who have read it already the first time but suddenly read more between the line or connect different points when reading it the second time.

Don’t forget about your old posts. It’s worth shedding light on them again on occasion. So don’t let the dust settle on them…

31 thoughts on “About Recycling Your Old Posts…”