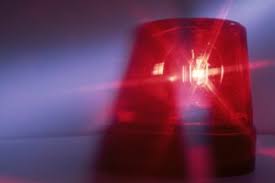 I attended a child safety and protection course for sport clubs yesterday. It was something I felt I should do in my volunteer role. Now, I did not have many details. All I knew was that it was all about creating or making policies of sports club that are in place stricter and the environment for the children involved safer.

Maybe it’s my way of thinking but for some reason I expected them to talk about uneven grounds, twisted ankles, maybe issues with overly excited parents, referees other players. But I didn’t expect to talk about sexual abuse.

Yet again the statistics got to me, the facts got to me, the stories got to me. The lady who was speaking has a police background in regards to working with sexually abused children. And what she said in the very beginning of the course was something that still sits with me:”We teach water safety and traffic safety in schools. Why do we not simply teach personal safety too? Teach the children in schools that it’s not okay to touch or tickle you there if you don’t like it. As much as it’s not okay that you touch or tickle others if they don’t like it. Why do we not teach them in schools that they indeed are in charge of their bodies?”

Looking at the stats it’s actually close to a wonder if your child makes it through to adulthood without being abused. Too high are the chances! If it’s not some random stranger, it might be your neighbor, a friend, a family member or one of the teachers or coaches you trust. People you consider safe because, well, they’ve been checked. Right?

In a way you believe that if you, as a sports club, ask for Working With Children Checks you would get something you can rely on. It’s the same with police checks.

But you can’t. Since yesterday I know that they are just ink on paper. What I realized is that even a check like the ones mentioned don’t keep your children safe.

There was a lawyer there who told us that she is working a case of a pedophile who was arrested 3 years ago but his trial is yet to come. He still walks free, waiting for his trial. The crazy thing is, that during this time he could easily volunteer for a position in a club like ours and present a clean Working With Children Check. Innocent until proven guilty… Of course nobody would give any info either because we have privacy laws in place too. And when you consider that only 6% of the offenders actually get charged, it does NOT make you feel good. Only one of many shocking numbers I’ve heard yesterday…

We heard stories about an offender who started building relationships with families of 10 year old boys and built them up, groomed them as they say for 3 years, because he liked them to be sweet 13… They opened their houses for him, they left their boys with him. Because they of course trusted him.

We heard stories about a new partner who started making up stories so he could call the daughter of his partner a liar. Over and over again. Until he started sexually abusing her and even though she approached her mother and told her, the mother didn’t believe her. She thought her teenage daughter was telling just another lie and actually kicked her out.

We heard a story about a 7 year old boy whose mother told him and his siblings that if ever someone would hurt them she would kill that person (something I might have said to my children too). Then it happened and someone in their life sexually abused the boy. He was a bit worried and approached not his mom but his grandmother, asking her what would happen to someone who kills someone. His grandmother, who also wanted to say the right thing, told him that people who kill other people would go straight to jail, would be locked up forever and been punished hard. The boy did not talk about what happened to him until he was much older. He was too scared of losing his mother because he feared she would kill that person and then would be taken away from him and put in jail.

I heard many stories. Stories I wasn’t prepared to hear but glad I did. Glad because it once again opens my eyes. It taught me that I’m not a crazy person or paranoid when I question things. I taught me that it’s okay to double check or not trust. It’s okay to not just simply drop my kids off at a house I have never been to or people I have not met. It taught me that it’s okay to tell your kids that not only strangers mean danger. Most of all it also taught me to be mindful with what I say. Our words, although meant in an encouraging and loving way can actually shut down our children, like in this little boys case…

There are many sick people out there and chances that your children encounter one of them are actually shockingly high. All we can do is providing our children with the right “tools”, teaching them to be alert, teaching them that they can trust us and talk to us. Teaching them that certain things are simply not right. Like when a music teacher invites a teenage girl to his house and makes her check out sex toys. Or when there are cameras everywhere…  Our kids need to know that if something feels odd it most likely is and that they should bring it up. We need to show them that we believe them, as hard as it might seem.

And yet again it’s about the gut feeling.

There’s no such thing as being paranoid when your instincts tell you there’s something wrong. It’s the alarm system we are given by nature and yet we ignore it. Ignore it for so many reasons. I often think that if we would have ignored our gut feeling the way we do now back when we were cavemen our species would most likely not have survived…

Trust your gut feeling! Listen to your instincts when the little red light starts flickering. Take it seriously. Become alert, pick up on the signs and then act accordingly. If it’s only by removing yourself from a situation. But don’t just ignore it. And please: Teach your children that it’s okay to not feel comfortable around certain people. That it’s okay if they don’t want to hug them or sit on their lap.

Listen to them and take them seriously!