It’s been a while since I shared one of the amazing love stories of my readers. Frankly, my dear blogging friend Shop Girl Anonymous has actually shared this story with me a long time ago but it seems like I have forgotten (so so so so so sorry…) to put it up… Here it is. Finally! Another wonderful love story, showcasing that we simply find to each other when time is right. Thank you so much, for sharing your story with me! 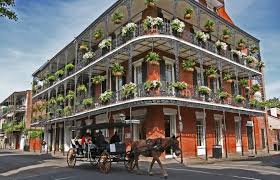 J and I sat in the small tea room in the French Quarter of New Orleans. A small room with white, yet cluttered walls, and a woman at the register whose hair was as frazzled as her focus.   She wore a bright red Christmas sweater over a white turtleneck as she sat on a stool against the radio, intently listing to the Saints game, play by play.  It had taken two days before we had finally decided to go through with this.  Part of me was dying of curiosity, while part of me just didn’t trust a stranger to live up to their claims.  The other part, the winning part, longed to find direction.

After a year of traveling, moving, and experiencing a solid isolation from the world I had gained so much self-confidence and independence.  I had now unexpectedly ventured into a relationship.  I was not planning this, nor was he, as we were two very recent divorcees…so recent the ink was not yet wet on the papers.  My plan was not this, my plan was to continue my trek of independence and await the arrival of who I had determined to be my soulmate while in Sedona.  Old friends form junior high, J was quick to offer me a warm welcome to Dallas taking me to the sparkling top of the Reunion Tower for dinner on night one.

The Omni complex below flashed the number 12 counting down the days until its doors were open.  Traffic stood still along 35E, and life persisted below us in this jungle we’re so familiar with.  For an hour the restaurant made its rotation like a second hand keeping time as we visited over what we had been through the last 14 years with absolutely no contact.

I of course began with my career as I had just been promoted to District Manager that day, and went on to talk about my failed marriage.  He went on to describe his mother’s passing, his long stint in the Army, and his marriage to the mother of his two year old son and the multiple times she seemed to prove unfaithful.  He took a moment to pause, his eyes searching for a brief moment of how to continue, and then leaning back in his chair with his hands in his lap as they had been, he was posed so cool, he came forward with his hands to apologetically explain “Well, I’m still married, going through the beginning of divorce paperwork.”  I breathed a sigh of relief as I leaned forward and exclaimed, “Me too! Although my divorce has been in progress for nearly two years.”  We both smiled and he gave off a chuckle as he spoke, “so we are just two married people having dinner.”  We both giggled for a moment before we both went silent in thought.

I was excited to have a friend going through the same life change as me, and I was also eager to mentor him as he was only at the beginning stages of what would be an incredibly drawn out process.  It was a fantastic friendship at first, he took me all over Dallas, showing me malls, taking me to delectable restaurants with spectacular views.

And just like we did in Junior High we explored by foot so many angles of this tiny city.  After a busy week of prepping several of my stores for the Christmas season he surprised me with two plane tickets to New Orleans, he had recalled my explaining how very much I would love to return as an adult.  How when I listed out my bucket list on a night discussing life over Sangrias I made it very clear that I longed to sit at a beignet cafe one morning and just write.  That’s where I fell in love with him.

This was not the plan, I was supposed to live in the gay commune with all my boys.  I was supposed to independently start eating healthier, writing more, and traveling constantly with my career.  As J would say…that was the dream at least…and now here I sat.

When we turned to meet our readers, J and I were walked into separate rooms as tiny as a coat closet, and with pastel floral curtains hanging from the ceiling, covering the portals for privacy.  The woman I faced on the opposite side of the tiny end table was a living, breathing fate sister.

Her wrinkles were ravines, deep from ages of fighting gravity in attempt to fly amongst the stars where she belonged.  Her wiry gray hair was seeping out form under a crocheted black beret, and she rested her elbows on the table as she held her mangled fingers beside her single icy blue eyes and began to speak.  Her crooked finger pointed my way as she smiled and laughed for the next thirty minutes; each card that flipped held something joyous, she celebrated each one.  She managed to flow through the reading without a break for individual interpretation, instead she read these separate cards like sentences in a book.

“Is this a brand new romance?  I see you starting over; you stopped, and now you are starting over.  You know people not as pretty as you, not as smart as you, not as educated have all gone off to become great things and do great things, and the only thing they have that you don’t do yet was know that they can do anything that wanted.  I want you to start thinking and planning what is it you really want?  Anything you could imagine.  Making up your mind doesn’t mean you have to plan 25 years in advance, what you have to do though is plan next weekend or this weekend.  You have to have some idea where ya goin’.  Finding your heart’s desire.  The next card is the money tree, you will always have jingle in your pocket every minute of your life.  It is in abundance for you in every way in life.  Pick the fruit, nurture it, and more will grow.  Empress over my own life of abundance and fertility.

Moon, you have a light, and right now it’s really waning but it’s a good time for you to be you.   Start paying attention to the sensations of your skin.  Tomorrow morning I want you to look yourself in the eye and tell you, inside you, ‘this is my turn isn’t it so fantastic?’  Let yourself know you are proud of yourself.  My best advice for you is everybody has to have wonderful.  It doesn’t matter how long it last you have to have it.  And if right now you are on the verge of wonderful don’t turn it down.

Beyond that you have a mastery of word, someday you are going to write beautiful things, people will read it, and it’s going to be fabulous!”

I walked out of the tiny closet, J already stood in the tea shop paying for our readings at the counter.  I took his hand and followed him out the door and we made our way down Charters Street.  I felt his palm and the goose pimples shot through my arm, as if my soul could not be contained within the walls of my own skin, I was elated and confident, isn’t all just so wonderful?

13 thoughts on “Your Stories – Even Shopgirls Deserve A Little Wonderful! By Shopgirl Anonymous”