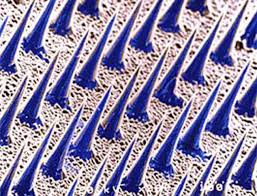 Some remarks of certain people feel like they are stabbing you with a knife. Some feel like little needles puncturing your skin. No matter what, it either hurts or makes you feel uncomfortable.

Those who stab you with their remarks are most often easier to get rid of. Not for the action of getting rid of them but for the decision. Their actions clearly hurt you and one day or another you will realize that those kind of people don’t belong in your life, in your circle of people.

It’s the ones that puncture your skin over and over again with those fine needles that are the tricky ones. Often you don’t actually realize that they hurt you. Those little needles might not be felt right away. The little puncturing holes might not be seen, the pain might not be enough to make you realize that you’ve been hurt. Not right away. But over time it all adds up. Just like everything and it gets to the point were it gets really uncomfortable or even painful. That’s when you might realize that these people too are not good for you. Or maybe they are.

Because all of them, the ones that stab you with a knife and the ones that only puncture your skin with their little sharp needles will make you stronger. Did you know that if you puncture your skin with fine tiny needles it’s actually good for it because it stimulates your collagen which then boost the skin and makes the skin healthier again? Well, at least something like this. It’s used in the beauty industry to make you feel and look younger. It also allows the “good stuff” to go deeper.

So what do we take from this little “did you know lesson”?

Well, for me it’s pretty clear that you will walk away from it feeling stronger, healthier, better than before and that this should give you an extra boost because it’s for sure not what those people wanted to achieve by doing what they did 😉