Do you have this thing called “Dry July” as well? The challenge to not drink alcohol for the entire month of July? Well, we do down here. And I decided to try to tackle it. And while I realize how much I enjoy my glass of wine in the evening and also how I feel like I miss it at the moment, it also makes me think about what addiction actually is. It’s not only physical. It’s mental as well. My body doesn’t react cold turkey style but my mind challenges me every evening when I sit down on the sofa. It challenges me in asking for that glass of wine every time our dinner is served. A good lesson to learn and a great challenge to go through. Not to speak of the realization that comes with all of this. So I decided to share a Blast From The Past in regards to drugs today…

The reblog of a post about legalizing Marijuana and the conversation with some fellow bloggers afterwards pushed me to finally post this post here, which I had sitting in my draft section for a long time now. For years now I ask myself on occasion if I’m an addict?

Where does addiction start? I love drinking wine. If I would not control myself I would drink wine every night. And most probably more than just the one glass, which is still considered a health benefit. The reasons why I control myself – sometimes successfully and sometimes not – lies in my past. I’m not going to play a blame game because it just doesn’t make any sense and yet I still believe that what you see when growing up has a huge influence on how you live your life and the choices you might make.

For my parents it was normal to drink a bottle of red wine a night. They never drank during the day, maybe sometimes had an occasional drink before dinner or my mom started on the wine while cooking. There were many reasons to drink. A celebration of some kind, a hard day, a relaxed day, being stressed, not being stressed, a good meal, a nice cut of meat. I could go on and on.

I realize how much all of this actually influences my behavior. And it annoys me. I didn’t drink at all until I was about 21. When going out I more than once heard “can you even have fun without a drink”, which I thought was a pretty sad question. I never had an issue with having fun and I for sure had the better morning the next day than everyone else.

It creeps up on you.

Now, being a mom and after having had my stretches of being back in this drinking every night habit, I made the decision a while ago to only drink on special occasions. Sometimes I stick to it and sometimes I don’t but I deal with it in a different way. And still I find myself longing for the glass of wine when I had a bad day. I know that I’m not physically addicted to drinking. I can go a month without it (as I’ve tested last December) and my body is not going on cold turkey. But I have to convince myself very often not to drink.

I think addiction has way more to do with your mental state than with a physical side. Of course you get your body to the point where it needs it, but that is way down the line from most of us. It’s that craving, the mental craving, which is a first sign of addiction, I believe.

Alcohol addiction and addiction to pills, mainly painkillers were not unknown on one side of my family. I saw the effects growing up, seeing my aunts. It was terrifying.

It makes me get to the conclusion that becoming an addict has a lot to do with the individual. I believe that you realize what’s happening to you and if you want to stop it you can. But if you want to disappear in this fog of drugs you will. And for doing that you don’t need Marijuana or any other way stronger drug. You simply get some alcohol or some over the counter painkillers. If you need a bigger kick, you combine the two or you get stronger drugs, drugs you need a prescription for. Believe me, you will get this prescription…

This is the reason why I wonder why Marijuana, which has so many obvious health benefits, is still labeled illegal. I wonder why alcohol is so easy accessible? If something like alcohol, which obviously gets you addicted and is the cause for so much misery (numbers of accidents, domestic violation, street fights, bar fights and so on, you name it), is not labeled an illegal drug, why would something like Marijuana be? How come, alcohol is legal in in most countries so easy accessible for young people, for everyone whereas marijuana is still illegal? Look at these crazy numbers!

And still, alcohol is not an “issue”. It is not illegal. You can go to the supermarket and buy it there. Well, that is in the USA and in Switzerland and most probably in so many other countries as well. In Australia you get it in liquor shops, but they are most often part of a supermarket as well.

Sure, kids cannot buy it officially, but honestly: It is damn easy to get. Do you lock your alcohol away? We don’t.

There are adds for it on TV, after or during sport events. Ads that tell you that it would be oh so much better and nicer and lovelier with that glass of wine or that bottle of beer. Ads that tell you that you need to drink this or that to be cool, or to get the guy or impress the girl. Even if, which I think is highly questionable, only adults watch those ads, they basically tell you that you are a looser if you don’t drink… And you know what it does? It creates that feeling of normality. Drinking a beer or drinking wine is just totally normal. Our kids grow up thinking that drinking is cool. I’ve never been to a friends house for dinner without alcohol being served. It’s the message we teach our kids.

I’m not saying that I think alcohol should be illegal. Not at all! I still like it too much to go there! But I just wonder, why it is not considered a bigger issue. Considering the strength and the affects of Marijuana, it’s really not that much different form alcohol. Why is it then, that it’s such a tabu?

I just want to understand. I want to understand why something that obviously makes you addicted and causes problems can be easily purchased where as other things with a similar effect on your body is considered illegal. Where do they draw the line and why is it done? When did they decide to label Marijuana illegal and why? 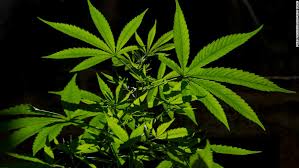 17 thoughts on “Blast From The Past – Legalize Or Not? What Makes The Difference?”