It probably feels awkward for you reading this. Of course you all remember winter. After all it was only just a couple of weeks ago when you were last dealing with snow and freezing temperatures. You are probably over even reading the word winter.

For us though winter has only just begun. In fact it’s only just a couple of days old. It still feels funny to me, even after all those years, to consider June 1st the beginning of winter. June, July and August for me still sound like summer months. But hey, that’s what happens when you move to the other side. Things change.

I just came back from a walk with the dogs. I could get away with wearing only a sweater and I’m also not ready yet to give up on my flip-flops for the short round around the block. Temperatures are dropping though and the trees have lost almost all their leaves by now. So it’s getting real. The cold days are upon us and soon, there won’t be any flip-flop walks anymore. And while I enjoy the kind of days we will have today, with it’s warm sun and yet crisp air, I know it will get colder soon. And while I’m thinking back to the winters I went through when younger I figured I could share an older post of mine about it as a Blast Of The Past. Because let me tell you: Winters are not the same here as the winters I used to deal with. Not as cold as the winters I remember still so well…

Today feels like winter again. The temperatures are not as cold though but still, it’s wet and grey outside and compared to the last weekend it’s pretty cold as well. This weather made me think about how winter felt back in Switzerland, back when I was so much younger…

Of course I enjoyed playing in the snow. I enjoyed looking at the snow covered mountains and being mesmerized of the glittering in the snow. I enjoyed the ice rink and the slopes. I never, NEVER, enjoyed cross country skiing. Probably because it was the time before it actually became a cool sport to do. At least in my eyes. Yes, there were many things I liked and yet winter and I never had a close relationship.

I guess I was never really a huge fan of winter. Mostly probably because winter just simply cut fall short for me.

Fall that was my favorite season. Always! It meant beautiful hikes and long picnics. It meant warm days and cooler nights. It also meant to be able to ride your horse over each and every field, which would soon be totally different. And it meant colors. Colorful trees and colorful mountains.

Horseback riding in fall was definitely a different story to winter. In winter there was just simply almost no room for you and your horse. The little paths we could take were covered in meters of snow and so were the fields. If it was not covered there was a cross country slope on it and for us rider a strict no go zone. And the trails we were allowed to use back then we had to share with people, cars and carriages.

I guess that might have made me not love winter to a point and I’m sure it doesn’t stop here.

The fact that all those strangers took over our little town didn’t help either. Suddenly what was a quiet and relaxed little village turned into this buzzing ski resort. There were people everywhere! Some of them were nice (as always) and some of them were behaving like conquerors. Fun on one side but honestly probably only when you reach a certain age and you’re over the small village life in a way. It got crazy busy at times and sometimes, as a local, you felt like you’ve been run over by a train of tourists. Everything seemed more hectic, more packed.

It got dark so much earlier and in a way made you feel like the day was cut short. I only start enjoying the early evenings when I was older. When a fireplace and a lit candle had a different meaning than just being something your parents did while you were playing and getting ready for dinner and bed. Walking to school was usually almost a race against the cold and then coming home sometimes around 5pm felt like you were walking back in the middle of the night, freezing your butt off and just looking forward to finally get inside again.

Then there was the thing with dressing up! I’m not talking about dressing up for the occasion… I mean those itchy tights you had to wear under your already very thick pants, the turtlenecks and the sweater-west over it. The gloves, the beanie and then the boots…

Of course it was great to dress up like this outside as it kept you warm, while you face still felt like it’s freezing off. But then you got inside the school and, boy, that changed things… But of course you could not only just change in less warm gear. No! Because you had to go outside for a 30 minute break, which was usually fine and fun. But not on those occasions when it was minus 30 something and the hot milk which was handed out back then froze the moment it was poured into your cup. Of course the teachers who were supposed to be on duty and outside with us stayed inside. Just behind the door…

You know what? It was not as bad at all. Yes, sometimes it was a hustle and some of the things were actually pretty annoying (see above). But it was a great time too. Every season has it’s own magic to it. Winter of course as well. Especially when you are surrounded by beautiful mountains and when they are covered in fresh snow.

I remember those full moon nights, when I was outside, maybe on a walk with the dog or on my way back from work or from a ride out with my horse. A full moon in the mountains in winter is something amazing. The way the snow sparkles in the moonlight… it makes you feel you are walking on thousands and thousands of diamonds.

It’s the clear and cold air that is so amazing. And it smells so nice. It’s the sound the snow makes under your feet, when it’s fresh and crisp. The swoosh sound you get when you ski over a well prepared slope. The view you have while skiing on the mountain. The fun you have building snowmen and having snowball fights.

And I love to think back on going out through the winter season. Suddenly there was life in our little town. New people mixed with the ones you knew already, tourists and locals, all having a ball. The Après-Ski gatherings and the dancing through the nights (of course often still in your ski gear…) 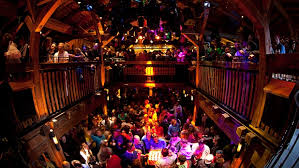 I love those memories.

I’m glad I can still get my piece of winter down here. I’m glad we are somewhat close to Australia’s snowfields and able to head up there every year. Although I’m glad that I don’t have to go through an entire proper winter with heaps of snow and do all the shoveling and having to put on all those layers all the time, I still appreciate the beauty of this white blanket over nature.

Winter and snow is really different in Down Under but the magic stays the same. I thought I show you a little bit of the world I used to live in. And then move on to where I am today. I promise, Wasted Days And Wasted Nights, I’ll get to this soon in another post.

4 thoughts on “Blast From The Past – I Remember Winter”