People are really interesting… and most of the time fun to deal with. But some of them turn into really nasty creatures, when they can hide behind a keyboard or feel they are indestructible. Like certain people who like to tweet stupid stuff… like fires destroying homes.

It’s hard to believe the judgment and lack of empathy that are displayed in comment on posts on social media. Not that we should take it all to heart but we do. Because we started living our lives on social media. And unfortunately what strangers think of us seems to matter to us. Probably more than ever. So some dish out while others sit on the receiving end. And while the ones dishing out probably have a bit of fun doing so and walk away not giving it another thought because it really doesn’t matter to them, the one that was on the other end will probably not be able to let it go that easily. Even though it was a totally random person making a remark.

A person,  you will most likely never met in real life. A person, who also most likely would never ever make the same remark straight into your face. A person, who’s opinion really doesn’t matter at all. And yet it’s the ones that stick. Like the grumpy ones complaining in a sea of happy customers. It will always be that one that will stick to you for the rest of the day.

So don’t let it! Don’t let them take over. Don’t let them stick to you. Don’t let their opinion count. Important are the people that are in your close circle. The ones that are important to you. Most important of all is you. What are your values. What is right for you. Go with that. And let the haters hate…

I consider my blog a safe haven in the social media world. To this day I never had an aggressive comment or a comment I had to delete or not post because of its content (please don’t start now, I really aim on keeping it that way…). I guess I can consider myself lucky and I really hope I did not jinx it by saying this.

I just finished reading an amazing post on Tidlidim’s blog that made me think about the “war” that’s going on out there on social media platforms. While reading I couldn’t agree more with her. It’s shocking what goes on out there. While Lorraine has covered all the major groups that spread hater in their comments she has left out a huge one in her post.

I’m talking about the moms. 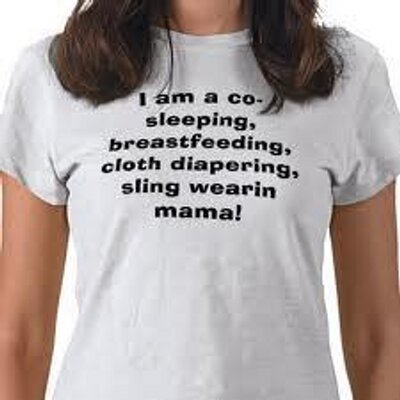 Do you know the word “Sanctimommy”? I bet there’s a “Sanctidaddy” too. Well, I’ve never heard of this word before I read a comment thread on a post a while ago. This word was used like a sledge hammer, clearly aiming at hurting someone. But it was not only the word. It was the way the comment was written. You could also call it the tone of voice… There was such an aggression in it. I’ve written about that specific moment here back then. Then it was about having kids and having or not having nice things in your house.

What I found interesting was, that whenever a mom said she would be able to have nice things around she was labeled a “Sanctimommy”. For those of you who don’t know what that is, here’s the definition:

Sanctimommy:
A mother who is sanctimonious about her parenting choices. Looks down at and/or judges parents who don’t make the same choices. A combination of the words “sanctimonious” and “mommy”

I’ve seen this word over and over again, usually when mothers comment that their kids wouldn’t do naughty things or when they mentioned that they would have a different approach. It seems as if other moms get frustrated when they read that things work in other families. Things that might not work in their relationship with their kids.
I find it fascinating (not to use the word disturbing) that whenever something seems to work for another mom, there are other mothers out there who talk it down and make it look as if it is the most surprising thing ever. Those who make the negative comments also tend to label the (let’s call her) successful mother a Sanctimommy, although she is not preaching by far.

Why is it that some people defend themselves, although they have not been attacked? Why is it that some people attack although there’s no reason whatsoever?
I thought that social media once was a place where we could share our thoughts, maybe find like-minded people and share our worries as well, in order to get some good advice. Instead it turns or turned into a place to verbally attack people for no reason.
And mothers seem to be the worst.

I stopped commenting on posts from mommy blogs on Facebook. I usually head to the original post and do it there now. I don’t think of myself as a mom that preaches in her comments. I just share what my experience is and I clearly point that out. I would never tell anyone how to do it. I know things work for some and would never work for others. And yet I got comments on my comments that I would never share here. People attacking me for simply explaining how we approached an issue (because that was what the author of the post wanted: tips from other parents on how to handle a situation).
Being a mother can be hard. Being a parent can be hard. We all know there’s no manual on how to do it properly and how to deal with certain situations. Situations we all go through at one point or the other.
There’s support too, but there’s so much aggression. I sometimes think some mothers just wait for a post to pop up to leash out…

And just like Lorraine I wonder why there is that huge lack of respect for the other person. Someone you don’t know. Someone who might fight demons you have no clue about. Someone who just wants to leave a cheerful comment, trying to make the author of the post feel better, and gets a verbal beating instead.
What is wrong with people like this?
Maybe it’s because hiding behind a screen and letting your frustration out is much easier than facing it in real life. Maybe it’s because these people have huge issues and simply can’t deal with them in real life. Maybe they realize that they screwed up and are jealous of everyone that seems to have it under control. Maybe they just simply find pleasure in attacking others in a way that seems rather coward-ish.
I don’t know.
Fact is, that people like this manage to make social media a very unhappy place. No matter what the topic is. Motherhood, religion, politics, music, movies, beauty, sport or life in general, they find a reason to spread their little unhappy seeds.
It’s up to us to stop it though. We can make it a better place by simply ignoring it. Focus on the good messages and ignore the bad.
This was an advice a friend of mine gave me when I mentioned to her that I would start writing a blog. She has her lifestyle Vlog (check out Jewelchic). Back then she asked me if I could deal with negative feedback as most probably I would have to face it at one point. She also told me that there would be many trolls out there, aiming at simply making you feel bad and that the only way to solve that problem would be to ignore them and not engage. I think that was one of the most valuable tips I got so far.
I hope that we can spread a little bit more goodwill and less hate in this virtual world. I believe that even if you completely disagree with something that has been said or written, there’s a respectful way of phrasing your comment, which will then lead to an exchange on the topic.
Respect the opinion of others, tolerate that not everyone likes the same things you do and chooses the same path you did. Let’s just get along…