I dropped the ball on my favorite Q&A and looking forward to playing catch up for the Share Your World Challenge from October 29th, November 5th and 12th. So let’s not waste anymore time and jump right in…

Name something you wouldn’t want to run into in a dark forest or in an abandoned building.
A bunch of creepy people that give me a bad gut feeling. I try to never judge and so appearance is often not an issue. What I always try to focus on is my gut feeling, my instincts and if I have a bad feeling then I want to get out. So in regards to this question it’s probably more of what kind of feeling I don’t want to have when in a dark forest or in an abandoned building… So if my instincts, my gut cry ‘get out of there’ or ‘don’t trust them or the situation’ I tend to listen and act.

Share the creepiest thing that’s ever happened while you were alone.
I’ve been pretty safe in my life. I never had a terrible scary moment when I was alone, at least nothing pops up when thinking about it. But I had this moment when I was with my kids that got scary. It was on a public holiday here in Australia and I took my kids and our dogs and grandma to a nearby park. I had my son on his little bike (he was a toddler then) and my daughter in the pram. The dogs were next to me on the leash and grandma was trotting along. People were home, barbecue-ing and drinking. When we got close to the park there was this couple in the middle of the street and she was crying out for help. She shouted “leave me alone” and “help”. People watched from their balconies. I still remember seeing all those guys just watching, with their beers in their hand. Nobody saying anything, nobody making a move to head downstairs to help her or at least call the police. Then a guy with a tiny dog ran up. I was about to call the police, figuring I better have them on the line before saying something.

So that guy ran closer to the couple and then stopped and shouted that he was calling the police and for the guy to leave the woman alone. I was on the phone with the police by then giving them my details while also telling grandma (who was just standing there) to take the kids and the dogs and head away from all of it. That man with the dog who was already on the phone with police then got shouted at by the aggressor and was told to stay the f*** out of it otherwise he would get beaten and end up with a dead dog. While he was screaming that he let go of the woman and started walking towards the guy with the little dog. I then shouted that I was on the phone with police as well and another woman (!) from one of the balcony did the same. The aggressor then ran off. In that moment I realized what a close call this actually was. The woman that got attacked headed over to me and the other guy (as we were standing together by then) and mentioned that the man was her ex partner and that he had a restraining order. It was a domestic violence case. She asked if she could talk to the police as she’d know where he was heading: To her mum’s place where she was living now with her little son. I still remember the desperation in her voice when she told police to head there as quick as possible and that she would now run over there too.

What would you like your last words to be?
I had a wonderful life…

Do you believe in any ‘mythical’ monsters like chupacabras or shadow people?
Yes, why not? We always want to explain things while there are so many amazing things out there and I kind of think there might be stuff out there we can’t explain and don’t know about. I do believe in magic and myths…

Is there one post on your site that is really special to you?  (credit for this one goes to CrushedCaramel )
Oh that’s a tough one… I really don’t know… There are a couple I wrote in regards to my dad or about  comparing the four different seasons we have here in Australia with how I experienced them when growing up in Switzerland. I guess if I’d have to pick it would be  this one  and this one here that I’d go with.

How Do You Deal With Negative People?  (Athling2001 gets credit for this one)
I don’t like negative people. I do understand that sometimes life can be challenging and that in some cases it’s hard to remain positive. But it all starts with you and your attitude. Do you want to give in and be sucked into that grey cloud or do you want to create your own little island of happiness and create some light for yourself. I believe that if you can create your own little island of happiness, it will help you see things clearer, approach things differently and move on.

To get back to the original question: I tend to not deal with them really. I try to give them an encouraging word, try to lift them up but if I see that they have decided to remain in the fog I let them be. They have to get out by themselves.

What Is The First Thing You Think Of When You Wake In The Morning?
I always wonder about how the day might be. Weather wise. I listen to the birds and then think about how I can make the day a great one.

Would You Rather Be Able To Talk With The Animals Or Speak All Foreign Languages?
Could I pick both? Actually I’d love to be able to talk to animals, although I think it might end up being a bit of a brutal experience hearing from them what they think of all of us… 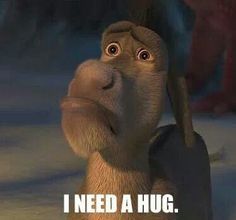 What’s the most ironic thing you’ve ever witnessed?
I really can’t remember just now… if I remember I share, I promise!

Let’s talk turkey.  Pro or con?   If pro, which part do you enjoy most?  Is it for Thanksgiving (American Style any way) only?
Oh I love turkey… but I recently saw this video and I’m actually considering not making a turkey… but if I don’t make turkey, then I also should stop eating chicken… and beef… and animals in general… So that’s my dilemma…

If you’d like, share one thing you wish you’d said to someone else, but now you’ll never have the chance
I kind of think I said the things I needed to say to the people that are important to me. My advise: Never hold back telling someone how much they mean to you and why they are important to you. You never have the guarantee that you can do it later.

What odd smell do you really enjoy?
Odd smell… maybe the one of a horse and a horse barn (including horse manure) if that is odd? I don’t find it odd but other people might…

Thankful November…. share a story or time when someone did something really great for you.  Alternatively,  share your gratitude moments during this past week. Oh, if you know me you know that I cherish all little and big things equally. There’s really nothing specific to mention besides that we have wonderful weather, had some great moments together again this week and love where we live…

‘I will post four or five different questions each week for you to answer.  There are two ways which you can participate.

I will usually respond to your entry on your blog, rather than on my page.”