“Anyone protesting should forfeit their rights to receive any medical care. NONE. You are putting the lives of anyone you come into contact with because of your boredom and selfishness. You are putting every single healthcare worker’s life not only at an increased risk, but your disrespect for humankind because of your ignorance and stupidity is beyond appalling. You are a disgrace.”

I met a new friend recently, who just moved to Australia from Canada. We had a good laugh as she has seen a couple of the “dangerous locals” already in her first couple of weeks here in this country. For us it took much longer to spot one… The good thing is: We all are still alive and kicking. It’s not really as bad here as some people might think…

Australia is well known for it’s special, unique and also dangerous animals. One of the things that have fascinated me from the very beginning are the different kind of jelly fish that are lethal. While the box jelly is one you can actually spot and hope that you spot its body before the tentacles get to you, the Irukandji is tiny. Thankfully we do not have to worry about either of them down here in Australia’s South. Up in the North it’s a different story though and during certain times of the year you should not enter the water without either wearing a stinger suit or swimming in one of the netted areas. And even there you have no guarantee to not encounter an Irukandji.

It took us 9 years living in Australia before actually encountering the first snake in the wild. We were on a hike and it…

Funny how it all comes back up to the surface just because having a conversation with a friend of mine. Because obviously things like this happen. They happen regularly. Which is in itself way too often. And it triggers me just the way it triggered me back then. Not as much for me. Because frankly: Nothing has happened to me and I can simply shake it off. But because of my daughter and what she may but hopefully won’t experience.

And more than ever I know one thing: It’s also my responsibility to make sure it stops happening. I can do my part. By speaking out. Which I did eventually in the below mentioned case. I had a chat with certain people about this man and we did approach it. But also by raising my son right. By making sure he will treat women right. By making sure he understands that this is simply a no go and why. Because I feel that once you understand why, you also understand not to do it. For those of you who have no clue what I’m talking about here is the story as a Blast From The Past…

END_OF_DOCUMENT_TOKEN_TO_BE_REPLACED

I was just watching a documentary about penguins the other day and this is just so lovely! So I figured I share it with you again. Find the right one, get a pebble and then wow her (or him) 😉

Every now and then I look at my life and have to admit, that I did some things in a special way, in a different way compared to what the norm was. 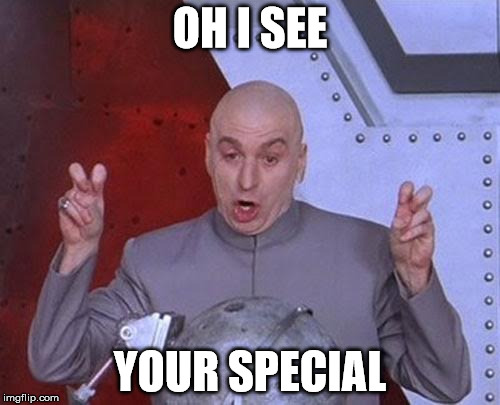 END_OF_DOCUMENT_TOKEN_TO_BE_REPLACED

Maybe it was the post of a friend of mine about the loss of her mom. Maybe it was the honey on my toast this morning. Maybe it’s because I know I should continue writing his story but I froze… Whatever it is I can’t help thinking of my dad today.

My dad passed away in a beautiful age of almost 95 a couple of years ago. He suffered from dementia and in a way it robbed him of the last good years of his life. He had a fantastic life. I life definitely worth sharing. Dementia changed him though.

Some might say it was the age. I tell you it wasn’t. And I’m for sure not the right person to even make such a statement. I have not seen my dad in the years dementia struck really. Only at the beginning of it and at the very end. Given as we live in Australia and he was back in Switzerland. It changed him. And yet, it didn’t manage to entirely get to him.

I saw him for just about 2 weeks before he past away. While I was there he suffered from a really bad cold that turned into a chest infection and that took the last strength out of him. To be honest I thought he would pass away on the very first day I saw him again. He looked so bad. It was a brutal moment. Finally have made it over there again, being exhausted from the trip, dealing with all the feelings of being back and then seeing him so unwell. But he somehow “recovered”. I was told he really never made it back to the “strength” he had left before but he at least got to the point where we could interact. And I could tell that he recognized me and my family.

Dementia is brutal. It’s eating away on a person and from the outside you see them disappear. I often wonder how frustrating it must be for someone suffering from it and realizing in the early stages that bits and pieces are simply not connecting anymore. That parts of your memory are suddenly turning into clouds to then only disintegrate into nothing. And yet, when I saw him, I had the intense feeling that there was so much more there. Somewhere in there. Under a big pile of dust or in a big, thick cloud. Not easy for him to access anymore but still sort of trying to get to the surface. And sometimes it felt almost like that moment the sun is peaking through storm clouds for a brief moment. Those memories, the him he used to be, it all came through. Just for a short moment.

So when I sat down for breakfast this morning I felt like a piece of toast and honey. When we were kids my dad used to love to mix honey and butter. He called it “ant cream”… Don’t ask me why… And that mixture had this amazing creamy and sweet taste. When I’m focused I usually take my toast and spread the butter on it and then the honey. This morning though I was in thoughts. And in between putting the kettle on, drinking a glass of water and getting other things ready I mixed butter and honey just like we used to do it with dad… And somehow it tasted so much better then my usual toast with honey on it.

Posts I wrote about my dad:

There was this discussion in a truly inspiring group recently. The idea of the group is to strive for more. To make yourself the best possible version of you you can possibly be and to dream big and go after your dreams. Simply. Easy.

END_OF_DOCUMENT_TOKEN_TO_BE_REPLACED

“You are in charge of your destiny.” How often do we hear this? So often. It’s out there, everywhere… Honestly: As positive as I intend to be, I call this bullshit.

Bullshit, because it’s simply not true.

There is no way we can be in charge of our destiny. Life throws us curve balls all the time. And it’s not as if we would even see it coming. We simply don’t know. It’s like driving a round and coming around a corner and the road has just disappeared. Or maybe it was evened out. But you have simply no way of knowing.