Following up my post from two days ago about the Kaka, here’s a funny little clip about another special New Zealand bird, the Kakapo. Hope you enjoy as much as I did 😉

… That Ibex are wild goats that live in the mountainous regions of Europe, north central Asia and northern Africa? There are five species of ibex, according to the Integrated Taxonomic Information System (ITIS). They have long, curved horns and cloven hooves. Males have long beards. Ibex are related to antelopes, buffalo, bison, cattle, goats and sheep.

Both male and female ibex have very long horns, which are used for territorial defense and sexual selection. They curve backward, forming a semicircle, and have knobby rings on the outer curve. Male horns may reach about 5 feet (1.5 m) long.

Ibex are social and live in groups called herds. The herds are segregated by gender, meaning males will have a herd, and the females and offspring will be in another herd. The two herds usually meet only during breeding season.

The male herd is called a bachelor herd. Sometimes, males will wander without a herd. Female herds can have 10 to 20 members.

Ibex males use scent to communicate with potential mates. Nubian ibex males use their beards to spread a scent that draws in and excites females during breeding season. Breeding season for ibex is called the rut. During the rut, males fight for the right to breed with the females by pushing their heads together. The winners will court the female in a process that can take around 30 minutes.

Once pregnant, females will have a gestation period of 147 to 180 days. She will give birth to one to three babies, called kids, at a time.

Right after birth, a kid is very alert and can jump around. After four weeks, it is ready to join the other kids in the group. At four to six months, a kid is weaned. It will remain with its mother for at least a year. Females will go on to have their own young at 2 to 6 years of age. The life span of ibex in the wild is about 17 years.

There are so many traditions that are worth keeping. And then there are the ugly ones. The ones that finally have to be stopped. Forever and for good. Traditions that might have made sense and decades or centuries ago might have played out differently than they do today. With a different impact. With different tools.

END_OF_DOCUMENT_TOKEN_TO_BE_REPLACED 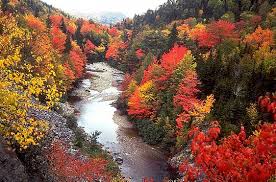 The air is crisp and this time round you need to put some layers on. The sun is out and the light is simply special, different to the other seasons. The air smells clean. The scent of the slightly damp soil and fallen leaves mixes with the clean, crisp air.

END_OF_DOCUMENT_TOKEN_TO_BE_REPLACED

Nature and its giants. You feel so little next to a tree like this and you realize how much bigger nature is in comparison to yourself.

In response to the Daily Post Photo Challenge – Scale

It was a strange week. I did not feel myself at all. And then finally yesterday it all changed again. I’ve mentioned previously how much I love being out there in nature and how I can recharge. Consider it done.

END_OF_DOCUMENT_TOKEN_TO_BE_REPLACED

… That Dolphins usually live in groups of 20 to 100 animals? They look after each other and will often support an injured companion on the surfaces.

(Now, I need to warn you, that this is totally different to my usual posts…)

I guess this is also the reason why they become victims of such brutal events like Taiji… something we need to stop. They are mammals like us, they feel, they grief, they communicate! They are smart and beautiful. And they are another creature worth protecting! So help ending slaughters like this. They are unnecessary and brutal! I don’t understand how people can do something like this. This clip makes me sick and sad and angry. Things need to change! The world needs to stand up for a creature that can not stand up for itself! The slaughter of whales and dolphins has to stop! And it needs to start now, before it is too late…

Thanks, Jennifer Wells, for the inspiration.

Also in response to the Daily Post Photo Challenge – Serenity

Now that I know what the color is called I can finally name my favorite color in nature. Or maybe one of my favorite shades of colors. I thought I give this Photo Challenge a go. Thanks, Jennifer Wells, for this great idea.

For all of you who liked the Uluru picture: