… What a lowland streaked tenrec is? I wouldn’t have a clue until I stumbled across a picture of one. There are some truly interesting animals out there and this little fellow actually reminds me in a way of a a cross between a hedgehog and an echidna. And who knows how close they are related?

Geographically they are a bit far away from each other. While you find hedgehogs on the Northern Hemisphere across Europe and North America and the echidna only in Australia, the lowland streaked tenrecis found in tropical lowland rain forest, in the northern and eastern parts of Madagascar.

END_OF_DOCUMENT_TOKEN_TO_BE_REPLACED

… That a Sundo Colugo is a flying lemur? There are some pretty amazing and also strange creatures in this world and sometimes I wonder if the idea of Aliens out in space should be reconsidered and we all should have a closer look to what actually roams the planet with us.

But back to our Sundo Colugo friend: 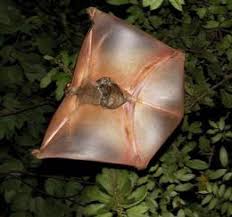 The Sunda flying lemur is not a lemur and does not fly (wonder why they called him that in the first place… maybe because of a lack of words???). Instead, it glides as it leaps among trees. It is strictly arboreal, is active at night, and feeds on soft plant parts such as young leaves, shoots, flowers, and fruits. After a 60-day gestation period, a single offspring is carried on the mother’s abdomen held by a large skin membrane. It is a forest-dependent species.

The Sunda flying lemur is protected by national legislation. In addition to deforestation and loss of habitat, local subsistence hunting poses a serious threat to this animal. Competition with the plantain squirrel (Callosciurus notatus) represents another challenge for this species. More information is needed on population declines, but at present, the rate of the decline is not believed to merit listing in any category lower than “Least Concern”.

… That when hippos are upset, their sweat turns red? I stumbled across this weird fact and dug a bit deeper. Actually it’s more like they secrete an oily red substance that acts as a moisturizer, sunblock and protects them from germs. This also makes them look like they are sweating blood. While looking up the “red blood fact” I found some more interesting facts about this beautiful grey giant:

END_OF_DOCUMENT_TOKEN_TO_BE_REPLACED

… That the Binturong, a southeast Asian mammal, smells like buttered popcorn when excited? Binturongs are renowned for the distinctive smell that they use to indicate territory and readiness to breed. The aroma comes from a scent gland near their tails.

END_OF_DOCUMENT_TOKEN_TO_BE_REPLACED 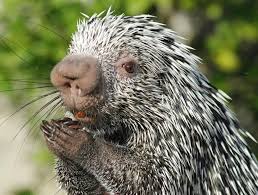 … A baby porcupine is called a porcupette?

The porcupine is the prickliest of rodents, though its Latin name means “quill pig.” There are about two dozen porcupine species, and all boast a coat of needle-like quills to give predators a sharp reminder that this animal is no easy meal.

Some quills, like those of Africa’s crested porcupine, are nearly a foot (30 centimeters) long. Porcupines have soft hair, but on their back, sides, and tail it is usually mixed with sharp quills. These quills typically lie flat until a porcupine is threatened, then leap to attention as a persuasive deterrent. Porcupines cannot shoot them at predators as once thought, but the quills do detach easily when touched.

END_OF_DOCUMENT_TOKEN_TO_BE_REPLACED 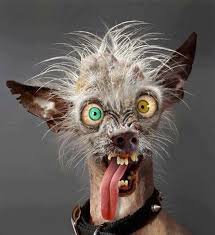 END_OF_DOCUMENT_TOKEN_TO_BE_REPLACED

When traveling we often like to go visit the Zoo. Most of the time a zoo in a city is actually an amazing place to still do something worth while and at the same time get a break from sight seeing. As I grew up in a little mountain town going to the zoo was something really special and usually it was the big treat on my birthday.

END_OF_DOCUMENT_TOKEN_TO_BE_REPLACED

… That zebras have different kind of stripes? We all probably know already that no zebra is alike when it comes to the pattern of its stripes. Similar to our finger print each zebra has a unique pattern of stripes. Also we all know that the question if a zebra is white with black stripes or black with white stripes can’t really be answered. It’s more a thing of how you look at it, right?

Here are some fun facts about zebras and their stripes:

END_OF_DOCUMENT_TOKEN_TO_BE_REPLACED 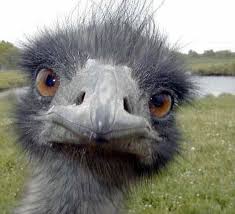 Ostrich or Emu… not really sure…

… That an ostrich’s eye is bigger than it’s brain? If you look at them you can kind of imagine that this must be the case. The eyes are really big…

Here’s another little fact, a very private one: The Emu is the Australian ostrich if you want so. It’s the one animal that freaks me out. I don’t like them. And when we are visiting our favorite Wildlife Park I’m happy to hold a snake but I really don’t like it when the Emu’s approach me, staring at me with their big beaks ready to do damage and then they do that “cluckcluck” sound… Each time Alfred Hitchcock’s “The Birds” comes to my mind…