I was thinking about how fast the last week passed by once again. I know why the days seem to fly passed me over the last months. I know that I don’t live in the day, in the moment at this point. My mind is focused on things that are in the future and I can’t help myself. It’s this constant thinking about that moment in the near future that robs me of living in the moment. It’s that focusing on that one day that makes me speed through the weeks without really noticing what I’m doing and when. It’s the reason why I have to think for a moment when people ask me what I have done on a certain day.

Frankly, it’s an awful feeling and I know it needs to go. Because all I have is in the moment. Nothing is certain just the one thing that is happening right now. “Live in the moment” I tell myself over and over. And I know I’m getting there again 🙂

END_OF_DOCUMENT_TOKEN_TO_BE_REPLACED

There are many tunnels in Switzerland and as a child I always liked to play the game of holding your breath when entering a tunnel, hoping you would be able to hold it till you get out on the other side again. In some cases I managed, in others I would have probably dropped dead if I’d continued. After all, I’m no free-diver and can’t hold my breath to up to 9 minutes…

Driving through the tunnels either by car on on train was most probably my first experience in being underground. That and of course the snow caves we usually built during winter. We had lots of snow back then. Much more than we get now. You could actually build a massive cave. It always freaked my parents out. They were worried that it might collapse and would bury us. So my Dad usually checked it out and made sure it’s “safe” before he let us enter.

END_OF_DOCUMENT_TOKEN_TO_BE_REPLACED 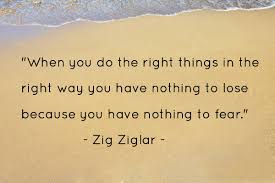 I follow a lot of Mommy blogs. And Daddy blogs. Hi there, Eric. Now I only mention Eric here because this post is sort of triggered by one he shared the other day. Sometimes a thought leads to another and then that thought leads to a post (in case you haven’t realized it yet…)

When reading the post of the other mommies or daddies I often find we have one thing in common: Wanting to do everything right.

END_OF_DOCUMENT_TOKEN_TO_BE_REPLACED

Welcome! It’s so good to have you over. Come in. What can I offer you? Coffee? Tea? Just a glass of water? Really, it’s easy, I’m happy to make you a cuppa as Australians use to say. Mild? Sugar? Would you like your milk foamed? Cold? Warm?

Please, have a seat.

END_OF_DOCUMENT_TOKEN_TO_BE_REPLACED

It’s Monday over here. A beautiful sunny Monday morning in fact. It’s crazy at this time of the year. I think I blink and another week has gone by. Monday is a bit of a special day, don’t you think? Starting a new week… it’s a lot of responsibility. Have you ever thought about what Monday means to many? I had a little go at it a couple of months ago (see here) and I thought about it again when I got up this morning (hence the quote at the beginning).

So let’s give this Monday a little gift from our side. Let’s make this Monday feel a bit better (and ourselves ultimately too) by thinking and sharing something positive: Tell Me Something Good!

Let’s wave our hands in the air! Smile and jump!

Yes! Just like this! Common, there is another round in you! You can do it! wave those arms, those hands in the air and smile! Jump, shake your booty, giggle. Nobody is watching and if you will definitely make them super happy too! Let’s have another go! It feels so good!

One more round? Sure, keep going! Do as many as you wish.

“Isn’t it the best feeling ever if you come home late after a big day out, everyone is exhausted and you are so very hungry and then you whip something up in 10min and everyone thinks it’s the dish of the year? Honestly, it made me super happy to see with how little you can actually make a lot and how much the result can please your family. When we were on the way home from the performance my daughter was rehearsing for a week ago, all of us were not only tired but also very hungry. Although there was a cafeteria they didn’t serve real food. Just chips and chocolate bars… My daughter had her snack box with enough good snacks in it but after hours and hours of excitement and dancing she needed a proper dish. I had some left over pasta, some ham, some Passata (tomato sauce) and Ricotta sitting in the fridge. Our pasta a la mama was done in no time and got a 10 out of 10 from everyone. Sometimes it’s the little things that make you happy… Oh, and of course a bowl of pasta ;-)”

When you would ask me what my dream work space would look like I would tell you that I would love to have an office with a view. Maybe similar to the one in the image above. A view of the ocean, a forest, mountains. You name it. When I write I often wonder where you all have your “work space”. Some of you I picture sitting on a desk, in a nice clean modern room. Others I see in a cozy study, surrounded by books and some I see typing away on their iPhone or iPad somewhere on a train, commuting.

I guess if you want to write you can write everywhere, in almost any position. But where is the one spot you actually feel the most comfortable with? What surroundings inspire you the most?

END_OF_DOCUMENT_TOKEN_TO_BE_REPLACED

It’s boggling my mind how people can still support Trump. After all he said and then claimed to have never said. After all he did.

Would you? Well, I guess then you are as nuts as he is.

I definitely would never want anyone like him being either close to anyone I know or in charge of me or anyone I know.

He is definitely no laughing matter!

A week ago I “signed” up with Danny for a little healthy challenge. The aim is to get back on track with a healthy lifestyle (read here) with workout, healthy eating and a positive outlook on life. While I sort of missed out on getting my summer body ready during winter, I still have spring and early summer to do so. What good is it to make a commitment and not sticking to it, right? And how can you stick to it without giving updates.

So here is my update.

END_OF_DOCUMENT_TOKEN_TO_BE_REPLACED

There is a saying in German: “Vor lauter Bäumen den Wald nicht mehr sehen” which I think translates to “can’t see the forest for the trees.”

Something that happens to people so often.

END_OF_DOCUMENT_TOKEN_TO_BE_REPLACED

As I’ve mentioned I spent most of Sunday inside, watching a big group of kids on stage. Witnessing my daughter and everyone else rehearse their upcoming show was simply amazing. Of course I’m proud as a mother to see how much her dancing has improved. Of course I’m happy to see that she is doing something she so clearly loves. But watching her was about so much more. It was about commitment.