How often do we find ourselves thinking about what we will do in the future, making plans or maybe pushing things out instead of working on them right now. It’s often the things we don’t address immediately that we either not like doing or we think we still have plenty of time doing later. Sometimes later though will never come.

I know the issue with the stuff you would rather not address. It’s the hard stuff, the in-enjoyable tasks. The thing we would probably rather not have in our lives. Often we fall into the habit of not getting them done right away. In a way it’s like a plate full of food. Different food groups you simply love or don’t mind eating and then there is this one group you really dislike eating. As a child would probably do you approach the ones you like or don’t mind first, leaving the one you dislike to the very end. 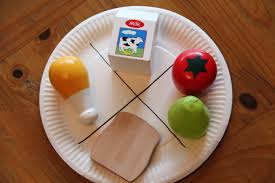 And then the plate is empty but the one thing your really don’t want to deal with.

But you have to. There’s no way around it.

So while you eat you will constantly see that one group you dislike. You know that eventually you will have to eat it too. It gives the rest of the plate kind of a bitter taste too. Because it’s there. It sits right in front of you. Left till the end but oh so present!

The same with those tasks in life you don’t want to deal with until you really have to.

They sit there, waiting for you while you take care of all the good stuff. Constantly somewhere in your mind, popping up every now and then, reminding you that they are still on your to do list.

It takes the fun out of everything else.

A question I have often asked myself. It’s also the question that Danny asks his readers today.

If we don’t take care of the things that bother us now then when will we do it? The moment we have no other chance? Most probably. The issue there is though, that right then and there you will have no other option. You will have to deal with it and it will have to be dealt with in a certain way. You have no room anymore.

I think it’s better to approach the things right away. Take your time, make a plan, think about it. Don’t rush it, of course. But then do it. Solve it. It will be out of your way rather than sitting in the back of your neck, weighing you down.

I believe it’s important to live in the hear and now. Not just in regards to solving problems but also in regards to enjoying your life. Too often things change rapidly and to a point where there is no going back. Plans you might have made for the future will no longer be possible and you might end up with regrets. The time is ticking and it will not stop for anyone.

I understand that making plans for the future is an important part of our lives but so often people forget the now. They forget the here. They dream of other places and other things while the place they life in the things they do and have would be high up on a wishlist of someone else.

Something I never really understand is the entire time traveling concept. Why people so desperately want to go back in time or head to the future. I know we are all a very curious bunch and it would most definitely teach us a lesson. Often though it’s not about finding answers. It’s about escaping the very moment your life actually takes place. It’s about removing themselves from the life they live. It’s then when I wonder why you would want to do that?

If you are not happy with your life here and now, then why don’t you do whatever you can to change something about it? If not now, then when…

Your life happens only once. If you don’t live every moment of it, you will not get a second chance. It’s gone forever. One of the biggest regrets of people dying is to not have lived in the moment more. Living in the moment. Enjoying the here and now.

I believe there is nothing as important as taking care of what we want to change now. Don’t wait for it to be solved later. The universe is taking care of us but not just like that. We do need to put effort in it. But we don’t waste this effort. It’s an investment. An investment in ourselves, in our life in the very moment and in that sense in our future too.

Grab your life by the horns right now, live it right now. Take care of what you want to do right now. Because your life happens here and now…

Inspired by the Discovery Challenge – Here And Now