A wonderful story told by a fantastic blogger. Thank you so much, Stephanie, for sharing the story of your relationship with me. If you have a beautiful story to tell, please get in touch with me and either share the link to it on your blog or send me an email with your story in it (amommasview@gmail.com). I would love to read it and share it on my blog in ‘Couples‘ and ‘Your Stories‘. But enough of this. Let’s get to the real deal. Let’s get to the love story of the day…

I love to reminisce about those first few days/weeks and how it turned into the life we are living today.
Let’s rewind 5 years.   I was a single mother of two children.  They were with me from Wednesday morning through Monday morning.  My only days free to go out with friends or dates, were Monday and Tuesday nights.  Not exactly the right days to go out and meet someone.  Not your typical date nights and certainly not when the majority of people are out on the town.
I knew that I was ready to meet someone.  My heart was healed and I wanted to start putting myself out there.  As a single Mom with very little disposable income, I decided to try my luck on OKcupid.  I figured that it couldn’t hurt.  Lucky for me at the time, I had no clue Catfish was a thing.  Knowing me, this definitely would have detoured me from giving online dating a shot.
There were a couple of guys that sent me messages, attempting to strike up conversation with me.  After asking my typical questions, they were very quickly weeded out.  Now, you’d have to ask my husband now, but I like to think that my profile was as accurate as I could make it.  It was extremely open, honest and up front.  I had written about who I was, what I had gone through and what I was looking for.  Like in my everyday life, I gave WAY too much information.  Hoping to weed people out before they even tried to talk to me.
After having my profile up on OKCupid for 13 days, I woke up to a fairly long message. I don’t remember exactly what it said, I wish I had thought to copy it.  Little did I know that it would be the first communication I would receive from my husband.
The thing that I really hated about my messages from other people, were that they asked questions that I had answered in my profile.  I mean…read it…that’s why I wrote it!  Paul didn’t do this, he took the things I had written in my profile and related them to his own life.  One, he liked that I had kids because he did too and, he too had been cheated on in a previous relationship.
I messaged him right back and the dialogue began.  We went back and forth a couple of times before Paul had to leave for work.  While at work he messaged me just a couple more times, one time asking for my number.  I gave it to him.  He called me after he got off work that night.  Most men only wanted to text you all day every day, Paul wanted to have a real phone conversation.
That first night a Wednesday, we spoke on the phone from about 10:30 until past 2am.  We talked about who we were, what we were looking for and the conversation was just so natural and effortless.  It was hard to hang up the phone.  Once we did, I text him and said goodnight.  The next night it happened again, after a day of consistent conversation.
That Friday I left for my girls weekend, telling Paul that we wouldn’t speak much because I was going to be busy.  Well, I found myself wanting to tell him about the events of my day. We stayed in contact over the following the three days.
Well, coming off of the high from that weekend and with a little bit of clouded judgement, on a whim I asked Paul to come over that night (a Sunday) so we could meet.  Before I could back out or make excuses not to, he said yes.
My kids were home, which wasn’t the ideal situation.  I definitely didn’t want them meeting Paul.  So, Paul didn’t come over until late after I had put the kids to bed.
I remember sitting on the couch looking out my big picture window, waiting for him to arrive.  A stomach full of nerves and wondering if I’d made the right choice.  When he got there, stepped out of his car… I remember my first thought was that he looked like a baby.
He had a clean shaven face, which still does make him look so young. He was wearing a green tigers t-shirt, khaki shorts and some old white Nikes.  I was wearing a t-shirt and yoga pants.  Lol, clearly not dressing to impress.
I opened up the door before he could knock or ring the doorbell, so that it didn’t disturb the kids who were sleeping.  Greeted by a big smile and a perfect first kiss.  Yes, we kissed and then said “hi”.  Paul stayed at my house for a few hours.  When he arrived that night I didn’t know if I would ever see him again, when he left that night I knew there was no way that I couldn’t.
He came over the next night after work.  Then on Tuesday too.  We spoke every single day after the day we met. There was an immediate connection while talking through text and over the phone, that connection was even more amazing in person.  I was never nervous or uncomfortable.  It always felt so natural, like we were exactly where we were supposed to be. A few weeks later Paul was driving home from a Tiger Game in the middle of the day and asked if he could stop by to meet the kids.  He came over and stayed just a for a little while. Watching him with my kids and their smiles when they first met him made me very happy.  Maybe this could work.

A couple weeks after that, Paul brought his 3 kids to our house for the weekend.  The kids got along, we got along and it was successful first meeting of the 7 of us. I made 40 chocolate chip pancakes, a pound of bacon and a pound of sausage for breakfast. I went out and bought a griddle just for the occasion.
The next weekend, just 7 weeks after meeting Paul proposed to me.  We had been hanging out together all day.  U of M was playing Notre Dame under the lights, we didn’t have tickets, but we did go tailgating. Then we went to a friend’s house to watch the game.  I may have been slightly over served at the tailgate, so I needed to go to the house and relax for a bit before we headed out to watch the evening game.
While laying on my bed, getting ready to head out for the evening I was looking at him and smiling.  He said something like “you look so cute”, “I want to see that smile for the rest of my life”, “will you Marry me?”  I thought for sure I had heard wrong, after all I was a little drunk and I said “what?  Did you just ask me to marry you?”  He said “I think I did.”  I smiled at him and I said, “yes.”  That was that!  There was no ring, there was no shouting it from the roof tops, we agreed not to tell anyone.  It was important to me that he have a talk with my Dad before it was “Facebook Official” or anything like that!  That was September 10th of 2011.

On New Years Eve 2011 we got married in front of many of our family and friends.  After just 5 1/2 short months of knowing each other.

Something is different about your second marriage.  When I got married the first time I went in thinking, this is it, this is forever.  Of course things weren’t going to end, fail or change.  The second time around though, I went in knowing full well that forever isn’t guaranteed.  Things constantly change, we fail all the time, but you continually work on yourself and your life together so that you don’t meet an end.

Over the last 5 years there have been many ups and down.  Many changes, added stress and failures.  We had to move just 2 days after we got married.  Then on Valentine’s day we found out that we were expecting a baby.  Something we weren’t even entirely sure we were ever going to try for.  Adding a 6th child into this marriage.  However, having that baby made everything make sense. 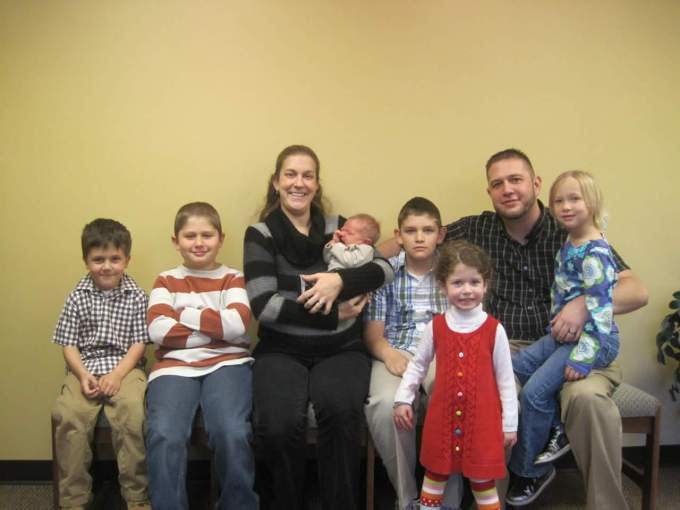 By the time we were married a year we had lived in 2 different homes and had welcomed a baby into our lives.  We were both working full time, managing children in 4 different households and going through struggles on the regular.  I believe that it is obvious to both of us, that it is only with each other that we would have been able to come up on top of each these things.
Now, we have moved yet again.  We both still work full time, but at new jobs.  Jobs that can be careers for both of us.  I am certain that we wouldn’t have been able to move up the ladder of life without the support of each other.  We are better people in our work lives and social lives, because of how we are in our home life. 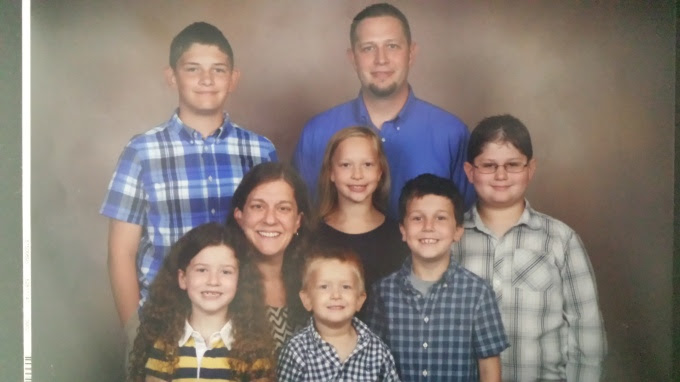 It isn’t easy.  I mean some days, when we just get to sit on the couch all day and watch TV together, those are easier than others.  But the day to day, takes a lot of work, a lot of effort in order to keep giving as much as the other one deserves.  But, here we are 5 years later still choosing each other. 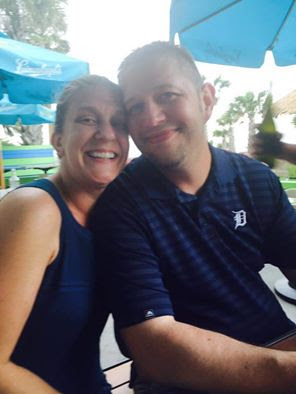 10 thoughts on “Your Stories – Still Choosing Each Other! By Making Time For Me”