I could tell you all about our lovely neighbors we had to leave behind when we moved from Switzerland to Australia. The lovely couple next door, always happy to have a little chat or the family next door whose kids kept our little boy giggling. I could tell you about the other family in the neighborhood with the horses. People I’m still friends with.

I could also tell you about the weird neighbor we had over the first 6 months in Australia. The lady in her mid 40’s who came home with another guy every night, in the middle of the night to then play “Hotel California” full blast and waking not only us but for sure the entire building. I could tell you how I knocked on her door at 1.30am only to hear her say after she turned the music down “oh it’s the neighbors again, let’s just pretend we are not here…” Duuhhh… Well, in her defense, she was drunk most of the time and in hindsight I feel sorry for her. I guess as many guys as she took home as lonely she must have been. Quantity doesn’t make for quality, right?

I could also tell you about the two lovely ladies we had as neighbors over the last five years at different places. The kind of “can I adopt you as the grandma of my children” kind of ladies. The ones that made you feel good when talking to them. The kind that takes time out of their schedule to tell the kids stories or explain something to them. The kind of neighbor that allows you to use their oven when yours suddenly breaks down in the middle of making a roast.

Or I could tell you about the lovely neighbors we have now where we live. The entire street we live in is lovely. The people are lovely. It’s a real community.

But this is not about them. This is about some special neighbors of ours, people who truly left a mark and are very close friends to the day. People who taught my kids a huge lesson. A lesson about love and acceptance and resistance.

We had seen them around often. In the lobby of the apartment building we lived in, in the elevator, in the nearby dog park, on the beach. Those lovely older men. We’ve seen them out on their balcony, watering their plants and I guess the first contact was made by my son, looking down to their balcony from ours and talking to their dog. Then he started a conversation with one of them and it became some sort of routine. He always went over to say hi when he noticed them outside watering plants.

I was highly pregnant with our daughter at the time and when she was born shortly after we met them in the elevator once again, my son next to me holding our dog, my baby in the pram in front of me. We had our usual lovely chat and suddenly the guy asks me when the baby is due. I remember how I answered that she was due a week ago and is now lying in front of him in the pram. I had to giggle and actually felt sorry for him as he was clearly embarrassed. He apologized over and over again and left the elevator on his floor.

It was the beginning of a beautiful friendship. After that we often caught up for drinks, dinner or lunch. The three of them had so much to offer in regards to their story. There was the gentlemen, smart and calm who was the oldest of the three. He used to be an interior designer and I only learned at his funeral the amazing story that actually made him as successful as he was. Then there was the bubbly, rather loud and funny guy whose family was originally from Egypt. Ten years younger than his older partner he was a young man when they met and he always said that his older partner rescued him from all he was going through back then. And then there was the third one, the youngest one, older than myself but still by far the youngest of the three and an artist by heart. I don’t recall exactly how they met but they all clicked and stayed together from that day onward. They always said it feels like a family for them. Couples yes, and an interesting set for sure.

What I loved was how they told their story. Fun stories but also intense ones. Like the story of living out in the country on a farm. The farm they loved so much. They told us how, while they two younger ones were on their way back from working in the city one night, the older one got robbed and almost beaten to death. Actually he didn’t get robbed. It was a mean and brutal attack on them because they were different. Because of them being openly gay. Because of them living in a relationship of three and being happy. They told us how they found him in his blood about to die and how it changed everything. How it made them sell the farm and move to a city apartment because they feel safer there. A story about intolerance and hate. And about survival and love.

I remember how they told us all stories about growing up and how everyone tried to make them “un-gay”. Because it was simply not acceptable. It was also a story about child abuse and neglect. About survival again and finding someone who loves you for who you are and let’s you be who you want to be.

There were many pretty intense stories but what it always came back to was how you can grow good things out of bad things that happen to you. As I said it was about love and support and believing in each other. It was about sticking up for what you think is right and for who you are. Against everyone and against the odds.

Many people regarded the three guys as three weird and almost yucky men. Because they lived together, in a relationship, the three of them. Something that doesn’t fit in a normal picture. And yet it was one of the most honest relationships I’ve ever seen. Because they all loved each other and they all were able to give their special something to the others. 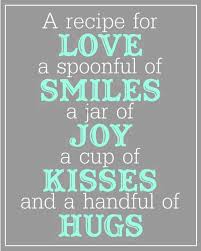 These three men were there for us when we needed them. They were there for me when my husband had his motorcycle accident. They helped out wherever and whenever they could. They walked my dog, looked after the cat or helped me with the shopping when it all got too much to handle in those months. And I dislike it a lot (I so want to write hate here…) when people judge them just because they are “different”. I don’t understand why people refuse to see the character of a person just because “the outside” is not fitting their perfect picture.

I thought I knew everything about them until I attended the funeral of the oldest of the three a couple of months ago. There were even more amazing stories. Stories about him that made me respect and love him even more. But what was intense to feel was the realization that the three musketeers were no longer. There were only two left. Trying to find their way, trying to figure out where to go from there after more than 40 years together.

I know they are still struggling to find their rhythm. I know they still feel out of balance. But they are facing this as brave as they were for all their life and through all the challenges encountered on their own or together. I can’t wait to catch up with them again soon but I know someone will be missing and it will feel like he is only a little bit late but we all know he will not attend this gathering or the next one…