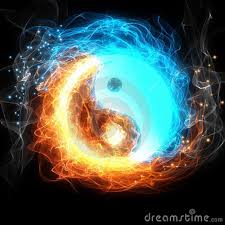 I guess we all define “Soulmate” differently. Some of us believe in soulmates, others don’t. Some define it as the partner we are looking for and for others it can also be a friend that is close and you have a deep connection with. Some think that there can be more than one soulmate in your life.

I once found a definition of Soulmates that is based on Greek Mythology:

“According to Greek mythology, humans were originally created with four arms, four legs and a head with two faces. Fearing their power, Zeus split them into two separate parts, condemning them to spend their lives in search of their other halves.” It’s a definition I really like. And again, it does not really say that you need to be lovers or partners to be soulmates. You just feel that there’s something, someone missing in your life and you will not feel whole if that person, that missing link is not with you.

Yes, he is the Yin to my Yang. My husband. I wrote about him a couple of times already. I mentioned how happy I am to have him in my life. I’m happy and I’m lucky. I could go on and on about him and how much in love I am with him. It’s much more though. And it’s not easy to put in words.

It’s pretty obvious that I believe in soulmates as I’ve found mine.

How do I define it? I guess you know by now how. It’s the person you want to have around for the rest of your life. As a friend or as a partner. It’s the person who gives you security, happiness and peace. When you meet that person you know immediately. You know that the missing piece is right in front of you. And it feels the same for the other person too. The connection is different to whatever you had encountered prior.

Do I believe that there could be more than one soulmate out there? Who knows… Maybe we actually originally had more than just two bodies that were attached to each other. Maybe there were more. And maybe some had “only” the body we have now and therefor will never have the feeling of missing a part of themselves. The one thing I know is, that the man who found me and I found, my partner, my husband, my friend, my lover, my love truly is a part of me. He completes me. In a beautiful way.

I never thought that I was incomplete.

You might argue now that I’ve just said that. By saying that there was something missing and that I found it in my husband. And that’s exactly where it gets complicated to explain.

No, I never felt incomplete. I never was incomplete. I had a longing deep inside of me. A longing for a feeling. A longing for something and / or someone to give me this feeling. When my husband came into my life I knew. Not the first time I met him. Time obviously wasn’t right then. But after. I knew. And suddenly there was this incredible feeling of having arrived. A sudden realization that I’m better with him in my life. A knowledge that I can go places with him I could never go on my own. Not because I’m not good enough but for some adventures it needs two and not just one. In order to complete the puzzle of your life you need every piece in it. 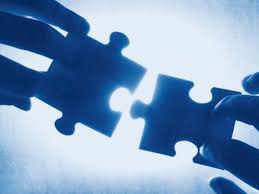 Inspired by the Daily Post Daily Prompt – Yin To My Yang